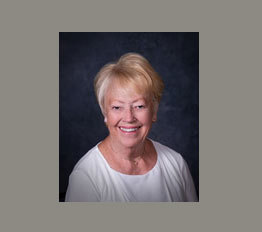 The City of Fenton’s Mayor Pro-Tem is talking revenue sharing in the wake of Governor Gretchen Whitmer’s State of the State address.

Revenue sharing has been a hot topic in surrounding communities as many local leaders have had to ask residents for higher taxes, millages, and Headlee Amendment overrides recently, or else suffer potential cutbacks to infrastructure and services.

With no mention of it from Governor Whitmer during her first statewide address, Tuesday, City of Fenton Mayor Pro-Tem Pat Lockwood is spreading the news on how broken the current system is. She said that while the state is required according to its constitution to distribute a portion of sales taxes to cities, villages, and townships, the local governments have been getting shortchanged for the better part of 2 decades. She stated that the state has never fully implemented the amount of money that was dedicated to the communities. From 2001 through 2012, Lockwood says communities throughout Michigan lost more than $5-billion that was diverted from revenue sharing and used to fix the state’s budget.

Lockwood says because of this, many communities have had to cut back on police fire, and EMS, with some even going bankrupt. Fenton, she estimates, is down nearly $4-million dollars from what they should have received; which is money that could have specifically helped with roads and infrastructure repairs. Lockwood notes that everything starts on the local level, and residents are depending services that there is a lack of money to support. She said she is looking at state legislators and the governor to address issues on revenue sharing, as in her opinion, it will make a big difference in the economy. The Mayor Pro-Tem stated they are willing to work with the government in Lansing to find a solution to these problems. Lockwood said they want people to come to Michigan, work in Michigan, and for Michigan to be a strong economic state, but that there is a lack in the state level in how they can do that with funding the way that it is.

To hear the complete interview with Fenton Mayor Pro-Tem Pat Lockwood, be sure to tune in to WHMI’s Viewpoint this Sunday morning at 8:30am. (MK)