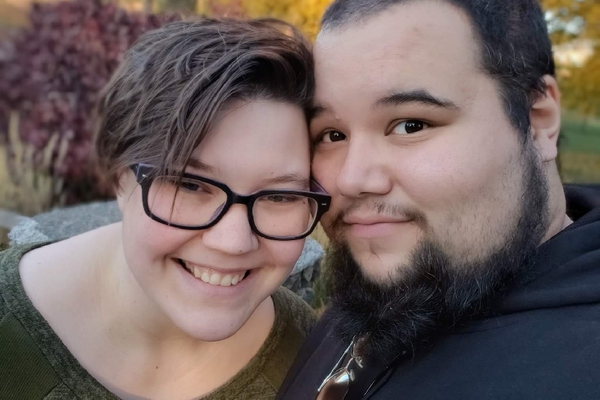 A former Fenton woman continues to recover following a shooting in Washington State last month that left her boyfriend dead.

The Spokane Spokesman-Review reports that 29-year-old Sasha Ross (left), a 2007 Fenton High School graduate, was critically injured November 20th when she was shot by her estranged husband, Donavan Gibson, after he forced his way into the home she shared with her boyfriend, Devan Bouge (left), who was fatally shot. The 35-year-old Gibson turned himself into police the following day and is charged with first-degree murder and attempted first-degree murder.

Despite being shot in the head, Ross was reportedly able to talk with officers and provide information about Gibson. The Spokesman-Review says court records show Gibson and Ross were in the midst of a divorce and that family members said they got into an argument on Facebook Messenger the night before the shooting, at which time Gibson said he was going to kill himself.

A gofundme account had been set up to help pay for Ross’s medical expenses, but her family asked the proceeds instead be used to pay for her boyfriend’s funeral costs. You’ll find that link below. (JK)