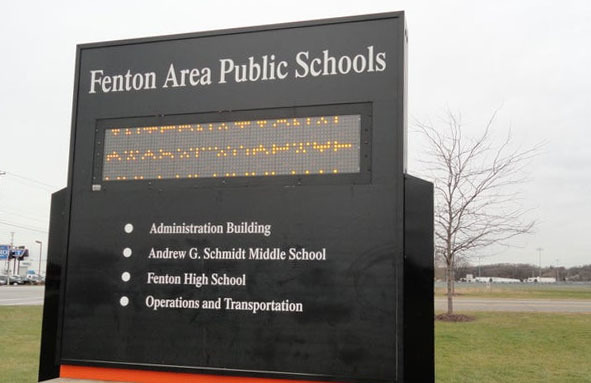 
Some business owners in Fenton are looking for a cut of a property sale that the school district made with a developer.

Two years ago, Fenton Area Public Schools put just over 3-and-a-half acres of land between the football field and the Speedway gas station on Owen Road up for sale. The goal was to sell the property and use the funds gained from it to pay for security upgrades at the middle school.

Farmington Hills-based Keystone Realty bought the land from the district for $1.3-million, showing interest in bringing in an Aldi grocery store and other retailers. A Target has since gone up in the area, which reportedly had plans to include an access driveway to the school property that was never built. The developer did not submit the access easement for review as required by ordinance, so now the plans for the development must include another easement driveway, according to the Tri-County Times.

The city and school district had worked out an agreement with businesses in that complex, which include the Shoppes of Fenton and a Coney Island, to put in an easement driveway off the road that leads to the property next to Speedway. At a recent meeting of the Fenton Planning Commission, Consultant Carmine Avantini said that now some of those businesses want money from the sale of the property, in amounts that said were “substantial,” and “really, really substantial.” The tenants also indicated they wanted assurances that no direct competitors would come in.

Avantini said this would cut into the schools’ plans for improvements and is forcing the city to look at different ideas, like putting the easement directly off Owen Road. The Planning Commission didn’t take action, but Avantini said he hopes an agreement can be made soon so the city and school don’t miss out on this opportunity.