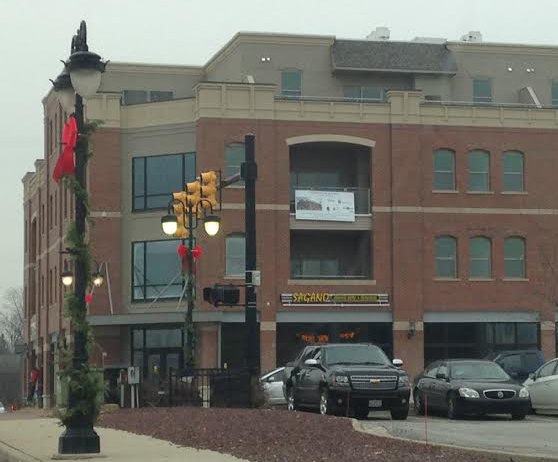 The cause of problems at a building in downtown Fenton is still unclear.

In late January, pipes burst on the third floor of the Cornerstone building, which in turn caused ceilings to cave in and resulted in “significant destruction on the lower floors” according to the Tri-County Times. Residents and businesses in the building have been dealing with the aftermath. However, there have been other issues with pipes breaking since the project was completed in November of 2015, with questions being raised about the inspection process. Ghssan Saab is a project manager for the property management and development company, Corlin Builders. He says the company was the developer for the Cornerstone building but they hired his uncle’s company, Sorenson Gross, to manage construction. His uncle is also named Ghassan Saab. The building was “condominiumized” meaning individual residential and retail units were sold so they are now owned and maintained by a home owner association. The building is currently managed by Piper Management Company which is employed by the association board.

The City’s former Building and Zoning Administrator Brad Hissong told the Times he issued certificates of occupancy or CFO for a jewelry store and restaurant in the building before retiring, but not any of the condos. The state previously performed all electrical, plumbing and mechanical inspections, which are required before CFO’s can be issued. Those were said to be very strict. Since November of last year, the City of Fenton has moved the inspection process in-house and hired special contractors to perform them and make sure everything is done properly. (JM)