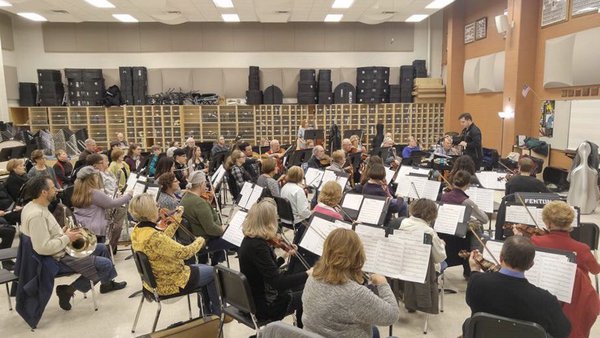 A local orchestra is among the list of grant recipients from a statewide arts organization.

Grants to the community arts groups in support of the New Leaders Retention and Engagement program were approved at Friday’s Michigan Council for Arts and Cultural Affairs meeting, held at the Flint Institute of Music. Among the awardees was the Fenton Community Orchestra, which received $14,000.

Founded in 2010 by three Fenton residents who wanted the opportunity to play in a multi-generational orchestra, the FCO has grown to more than 80 members from Fenton, Byron, Hartland, Linden, Holly, Flint, Davison, Swartz Creek, Davisburg, Grand Blanc, Durand, Howell and Clarkston. A previous grant allowed the orchestra to hire an Executive Director in 2015, enabling them to hold additional concerts and reach new musicians.

The Michigan Council for Arts and Cultural Affairs is an agency within the Michigan Economic Development Corporation, a public-private partnership dedicated to job creation in Michigan.(JK)