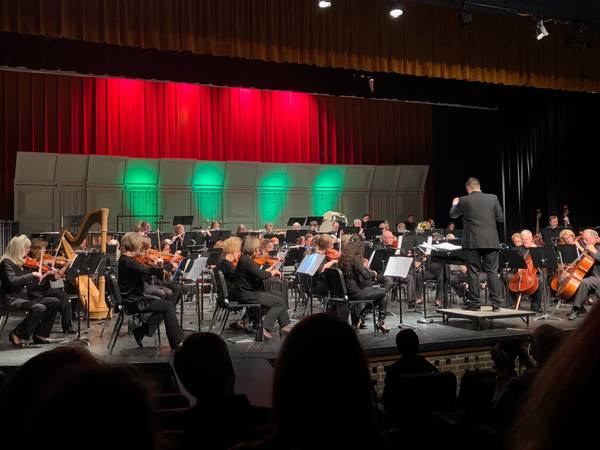 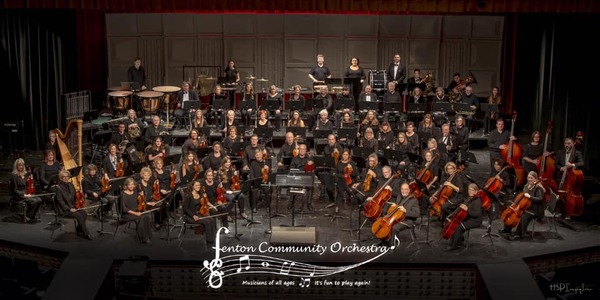 A two-night orchestral event will feature four different ensembles made up Fenton-area musicians. The Fenton Community Orchestra (FCO) is presenting their 9th annual spring concert on Friday, April 26th, and Saturday, April 27th. The performances will be held at the Fenton High School Ruby F. Zima Auditorium, beginning at 7:30pm each night.

The FCO Symphony Orchestra and the Fenton Jazz Orchestra will play each night. Friday’s show will additionally feature FCO’s Simply Strings, and Saturday’s performance will include pieces from the Wind Ensemble.

FCO Music Director Andrew Perkins said they will be performing pieces like the Brahms Academic Festival Orchestra which shows “masterful examples of colorful orchestration, thematic development, and simply beautiful, exciting music.” They will also be joining other orchestras around the world in celebrating the 100th anniversary of Leonard Bernstein’s birth by performing selections from West Side Story.

The Fenton Community Orchestra is a non-profit organization that is supported in part by grants from the Michigan Council of Arts and Cultural Affairs, and the National Endowment for the Arts. For more information, or to make a tax-deductible donation, visit www.fentonorchestra.org. (MK)