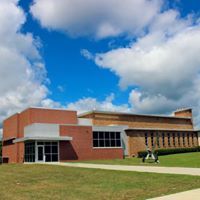 A project is underway to restore the historical fountain located outside of the Fenton Community and Cultural Center this summer.

The Fountain Restoration Committee, a subsidiary of the Fenton Community and Cultural Center Board of Governors, is spearheading the project. The fountain is located on the west side of the Community Center building and was built in 1937. The fountain originally spouted water from seven ram heads made of limestone but deteriorated over the years and experienced vandalism and damage - with two of the ram heads stolen. The fountain was made operational in the early 2000’s but when the Community Center building was renovated in 2014, mechanical operation of the fountain was eliminated. The Committee wants to make the fountain fully operational and return it to its original design. Members have noted that it is the only public fountain in the area and serves as a focal point since the rear entrance to the Community Center building was completed recently and sees a lot of foot traffic. Limestone from the same quarry that was originally used is being utilized for the project. Two new ram heads have been cast to replace the stolen ones and a new automatic pump system will be installed. Limestone surrounding the water would also be raised to create a sitting space.

The Tri-County Times reports the total cost is pegged at $59,229 and the Fenton Downtown Development Authority has approved up to $30,000 in reimbursement grants. The FCCC is contributing $30,000 and fundraising efforts are currently underway to help offset that cost. Donations will be accepted and miniature bronze ram heads like those on the fountain are being replicated and will sold for $300 each.
Those interested in purchasing a ram head should contact Vince Paris, FCCC Executive Director at (810) 629-2512. (JM)