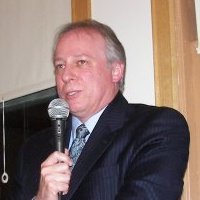 A statewide organization of municipal managers has chosen one area city manager to lead them throughout the coming year.

City of Fenton Manager Lynn Markland has been chosen to be president of the Michigan Municipal Executives for 2019. He was chosen at the MME’s Winter Institute event held in Battle Creek last weekend, after serving as the organization’s president-elect last year, according to the Tri-County Times. The MME’s purpose is to help develop and support executives in local government, while putting an emphasis on professional and ethical leadership.

Markland has been city manager in Fenton since 2008, and served the same position in Durand for 15 years before that. In all, he has 32 years of local government experience. With the Michigan Municipal League, Markland has served as committee chair, as a member of the Board of Trustees, and is a member of the International City/County Management Association.

Markland said he was humbled by the selection. His plans for the upcoming 1-year term will be to further education opportunities for members, expand the diversity of the profession for a new generation, and to work with other professional groups to help strengthen communities throughout the state. (JM)