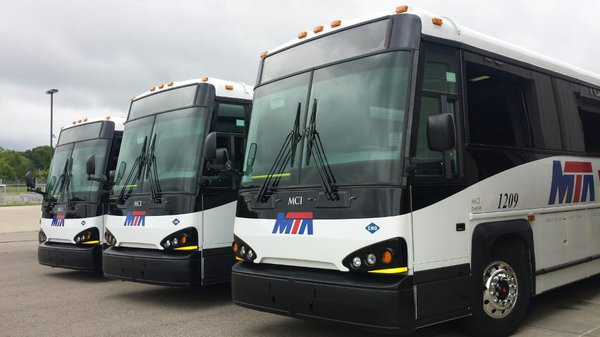 Fenton’s City Council was presented Monday night with information regarding the success Mass Transit Authority has had within Genesee County over the past few years.

With a millage renewal approaching this August, Fenton’s Service Center Manager of MTA Michael Messer addressed the council to promote the high quality of service that has been provided over the past few years to Fenton. MTA provides year ride services for the mobility challenged and its services are used all throughout Genesee County. Last year alone, MTA delivered over 34,000 rides to Fenton customers. MTA has been in service since 1971 and has been in Fenton for over 10 years. Aside from promoting the positive services provided by MTA, Messer also told the council how they have become far more fuel efficient. Since converting from diesel and unleaded fuel to running primarily on propane and hybrid electric vehicles, MTA has greatly cut down on fuel emissions. The switch has also saved MTA roughly $3 - $4 million in fuel expenses in the past three years.

A millage renewal for MTA’s services throughout Genesee County will be proposed in August. Messer said he feels confident that the millage will be renewed due to the positive feedback MTA receives all throughout the community. Currently, MTA must seek millage renewals every two years to continue their services in Genesee County. Messer told WHMI that they are also working towards an agreement that will see the proposal only need renewal every ten years instead. (DF)