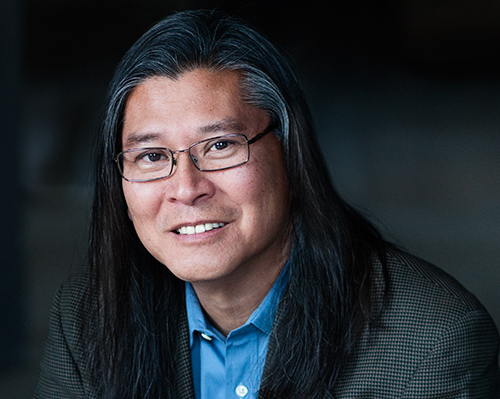 A local photographer has been named the grand marshal of this year’s Fantasy of Lights parade in downtown Howell.

Local photographer Richard Lim was selected by the Fantasy of Lights Committee for his service to downtown Howell, with the announcement being made at the Fantasy of Lights Writing Future Chapters Fundraiser. Lim currently serves on the Howell Area Chamber of Commerce board of directors, the Michigan Challenge Committee and the Howell Main Street and DDA boards of directors. In addition, Lim is frequently seen volunteering at community events. Lim was surprised by the honor, saying he thought it was “reserved for more high-profile people and not some guy running around town with a camera around his neck”. Lim thanked those responsible, saying he’s excited to be a part of an event that the community looks forward to every year to come together and celebrate the people and city that everyone loves.

The Fantasy of Lights is Friday, November 29th. The theme, BOOK IT to Howell, was developed in partnership with local author Denise Brennan-Nelson. The Fantasy of Lights is working with other partner organizations in downtown Howell including Howell Parks & Recreation, Howell Main Street and the Howell Carnegie District Library who will be incorporating a book and literacy theme into their holiday events as well. Fantasy of Lights Director Michelle Tokan said they’re looking forward to having Lim lead the parade as it travels through downtown Howell the day after Thanksgiving – adding he has created many picture books of downtown that fit into this year’s parade theme of BOOK IT to Howell.

Parade applications can be found through the provided link.
Sponsorships are also available for the Fantasy of Lights and Fantasy 5K that takes place at 6 p.m. before the start of the parade at 7. Activities begin at 4 p.m. and include visits with Santa and his reindeer in Christmas Alley located on State Street. For more information about the Fantasy of Lights, contact mtokan@howell.org. (JM)