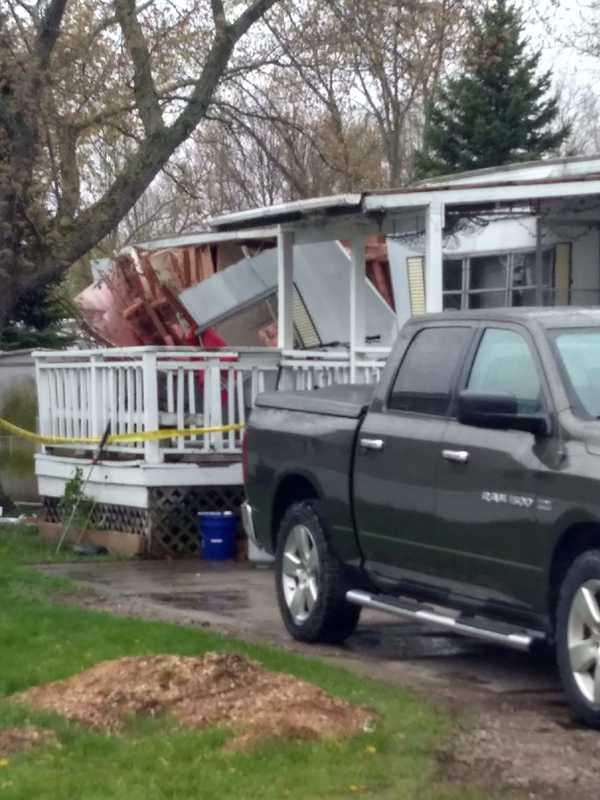 
An explosion at a mobile home Sunday sent a Howell man to the hospital with severe burns.

The Howell Fire Department was dispatched at about 4:45pm to a reported explosion in the 100 block of Orleans Street in the Howell Estates manufactured housing community. Deputy Fire Chief Ron Hicks says that upon arrival, units found severe structural damage to the residence and one occupant with severe burns.

Howell Police Chief Scott Mannor said the 46-year-old male was transported to U of M with burns on his hands and face, but is expected to make a full recovery. He reportedly told EMS that he was working on his furnace when it exploded. Mannor said the cause of the explosion remains under investigation.