ESPN At BHS In Advance Of Friday Banner Presentation 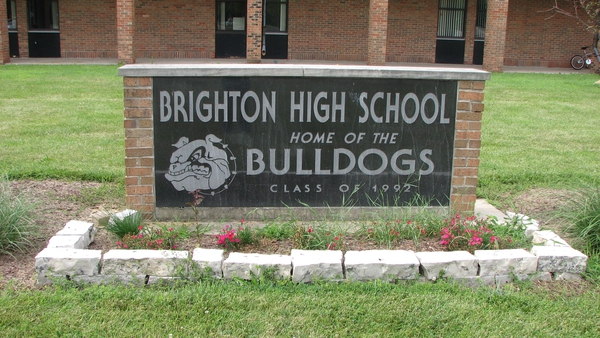 The ESPN television sports network is in Brighton today preparing for a ceremony Friday that will honor everyone involved in a unique athletic program.

The Brighton Unified squads play three sports: flag football, basketball and bocce ball, in which special and regular education students play on the same team. Brighton High School was named by ESPN as one of five exemplary high schools in the nation and will receive a national banner from the network as part of the its Special Olympics Unified Champion Schools National Recognition Program.

Today, representatives from ESPN and Special Olympics of Michigan are at the high school filming background footage and then conducting focus group interviews with six students who participate in the program. Then on Friday morning at 8:30, a special breakfast event will be held in the cafeteria for program participants, coaches, VIP Guests, ESPN & Special Olympics Staff and the media. That will be followed by a building tour and then an assembly for the entire student body ending with the banner presentation by ESPN’s Michelle Steele.

As a Unified Champion School, ESPN recognizes that Brighton has met the 10 national standards of inclusion. The other four schools which have been chosen as a national Unified Champion are located in California, New Jersey, North Carolina and Virginia.

The goal of the Unified Sports Program, developed by Special Olympics, is to promote Unified Sports - in which an equal number of regular classroom and special needs students are members of the same Unified team — with the result being that students with a developmental disability are included in the overall school experience. This means inclusion in a supportive classroom environment, school-wide activities and the social environment, both in and out of the school setting.

The Unified Schools Program is also designed to promote healthy physical activity, to reduce classroom bullying and exclusion, combat stereotypes and improve the school climate with activities that promote inclusion and acceptance of individual differences in people. The program is now in its 3rd year in the Brighton Area Schools. (JK)