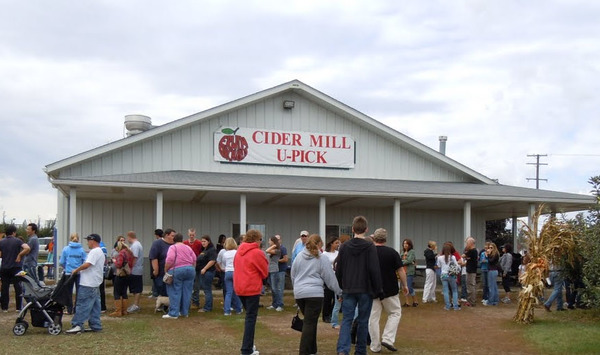 
Another developer is taking a shot at building homes on property occupied by a popular cider mill.

In 2019, the 490-unit Cider Mill Village project at Erwin Orchards in Lyon Township was denied by officials. This Monday, Lombardo Homes will present the planning commission a new concept plan for Orchards Crossing. According to hometownlife.com, Lombardo wishes to build 161 homes, an event venue, and a tasting room on the property. 121 units would be single-family homes, with the other 40 being duplexes. They would keep the existing cider mill and a portion of the orchards. The project will be a planned development contained within 181 acres. Roughly 70% of the site would reportedly remain open space.

The single-family houses would be built off of Silver Lake Road and Dixboro, with the duplexes on the northwest corner of Silver Lake Road and Kent Lake Road. The banquet hall would be 15,000 square feet, have a capacity of 400 people with a full kitchen, bar, and outdoor patio overlooking wooded wetlands. The cider mill and orchard would remain open all four seasons, with an “Orchard Square” focusing on community events and interaction. Lombardo Homes also hopes to include a fee-based entertainment and agriculture area potentially with a petting farm, John Deere speedway, tricycle track, play structures, and more.

The proposal is just a conceptual plan and the first step in one that will require several township approvals before ground can be broken.