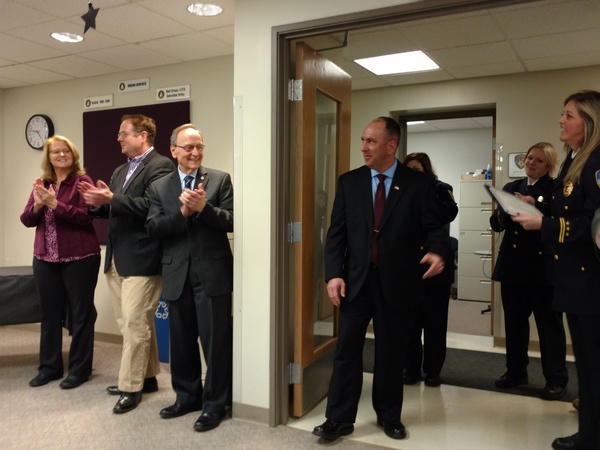 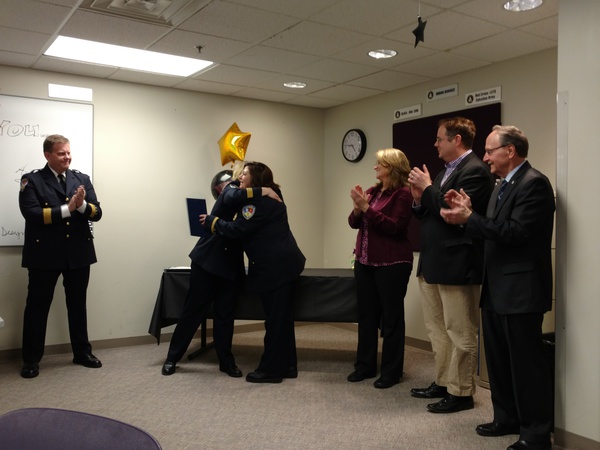 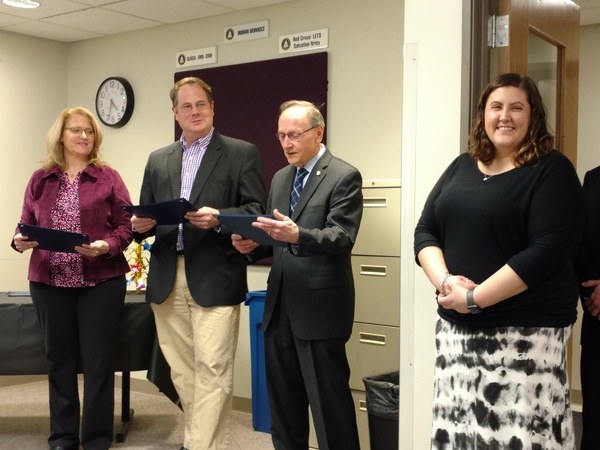 A Friday ceremony celebrated local 911 dispatchers for their hard work and professionalism in handling some very traumatic, stressful situations in which others would likely freeze up.

Livingston County 911 Director Chad Chewning says they recognize and celebrate the excellent services emergency dispatchers provide to citizens and responders, saying they work hard and go above and beyond every day but also, love what they do. Livingston County 911 Central Dispatch handled over 178,000 calls for service in 2017. Various lifesaving awards and critical incident awards were handed out to employees for different types of calls and read aloud by Senator Joe Hune and local State Representatives Lana Theis and Hank Vaupel. Some of those dispatchers were recognized for during the ceremony included shooting incidents involving deadly force, accidents with entrapment, suicidal subjects, multiple vehicle crashes, cardiac arrests, drownings and various others in which they assist with patient care before emergency responders arrive on scene.

One critical incident award was presented to a team of dispatchers for their work helping and assisting during a very stressful 24 hour period. That involved six confirmed structure fires, including one possible structure fire at Central Dispatch, 126 tree hazards/tree fires, 195 wire hazards and fires, 84 outdoor fires, four gas leaks and one dive team activation. In all, dispatchers handled 1,637 emergency and non-emergency calls in that 24-hour period and everyone stepped up to the plate and worked together to keep everyone safe.

The 2017 Employee of the Year Award went to Dan Stevens, who was visibly surprised and was just promoted this month to operations supervisor. He was still trying to process the award but told WHMI it’s a great honor to be recognized by his peers because it’s the dispatchers who make that decision by a vote. Stevens says you come in every day, work as a team no matter what the situation is, do everything to the best of your ability, ensure the safety of responders and make sure your team is ok. No matter what the shift, anything could come up and he stressed teamwork is always essential in everything they do, saying community members should know dispatchers do everything they can for them.

Operations Supervisor Lori Bourbeau was honored for 15 years of service. She told WHMI they have a wonderful group of people who work very hard and have done a lot of great things, which is sometimes unseen so the awards are nice. Bourbeau noted there have been a lot of critical incidents over the year that they’ve handled well but the job is much more than just dispatching and taking calls as you’re constantly moving and have to be on the ball, adding she’s really proud of the group of people they have. Bourbeau says they also have a lot to look forward to because they’re building and growing. She says as the population grows, so is staff so they’re working to get people in and trained while preparing to move into a bigger building.

Livingston County 911 Deputy Director Joni Harvey said it’s an honor to work beside the very talented and dedicated professionals who work to keep the citizens and responders of Livingston County safe, adding they are an amazing group of individuals with a true passion for helping others.

Pictured from top to bottom are a surprised Stevens, Bourbeau, and Meghan Kautman, who received the Award of Excellence and the Appreciation Award. More information about National Telecommunicators Week and the hard work of local dispatchers is attached. (JM)