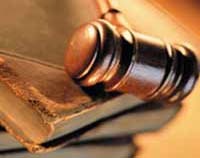 
A trial date has again been rescheduled for a Pinckney woman charged more than three years ago with embezzling from a small electrical company where she worked as the bookkeeper.

Tracey Lynn Sindlinger was charged in August of 2018 with ten counts involving her alleged embezzlement from Stein Electric in Manchester. Numerous adjournments, many due to COVID, have taken place in the intervening time, with a dozen trial dates having been set, but then adjourned. The most recent was for this past Monday, December 6th. But court records show it has now been rescheduled for March of next year.

Sindlinger was charged after Michigan State Police at the Brighton Post conducted an investigation, which reportedly uncovered an embezzlement scheme that occurred over a three-year period, beginning in 2015. Sindlinger was the company accountant at the small family-owned business. After she was terminated, authorities say the owners went through records and noticed discrepancies.

An investigation commenced, which resulted in the criminal charges and an arrest warrant being issued for Sindlinger, who remains free on a $10,000 personal recognizance bond.