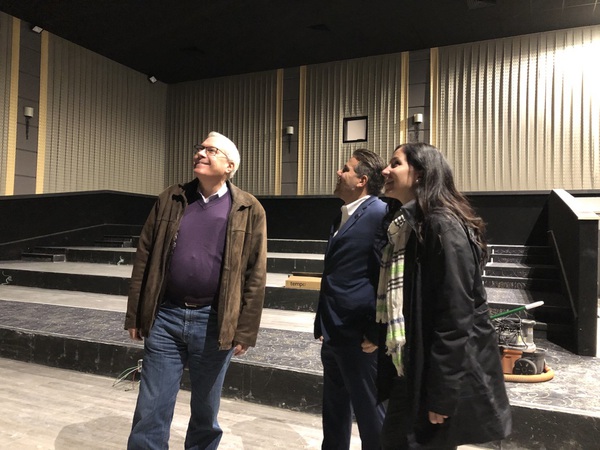 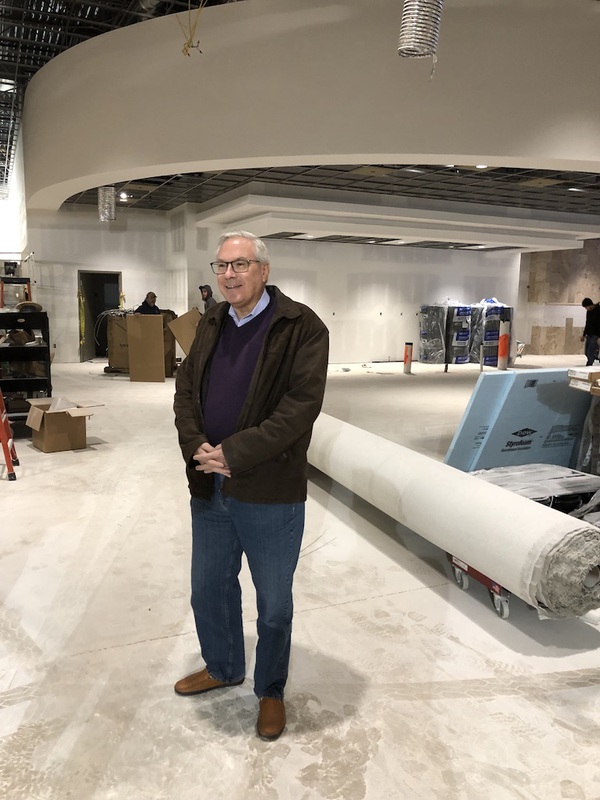 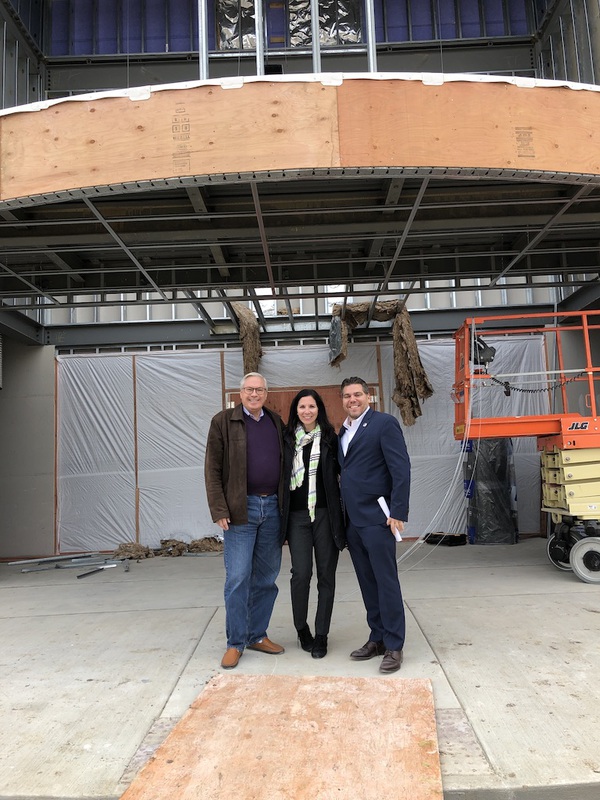 Officials with the new Emagine Theater set to open in Hartland Township recently took a tour of the facility as it prepares to open up later this year.

Last Friday, Emagine Entertainment Chairman Paul Glantz, CEO Anthony LaVerde and CMO Melissa Boudreau toured the still-under construction facility being built in the Hartland Towne Square Shopping Center, at the northeast corner of Old US-23 and M-59. The 55,000-square foot venue is set for a ribbon-cutting ceremony on Friday, December 14th and then open to the public the following day.

It will feature 1,140 seats in ten state-of-the-art auditoriums including a screening room, and an EMAX premium large format screen. Emagine Hartland will be the first theatre in Michigan to offer all heated reclining chairs and the first to deploy ten pure laser digital cinema projectors featuring high contrast lenses. It will also be the first and only theatre in Michigan to feature 100% laser projection systems. Among the amenities are a full-service bar, expanded concession menu, stadium seating, and special front row seating of cuddle chairs.