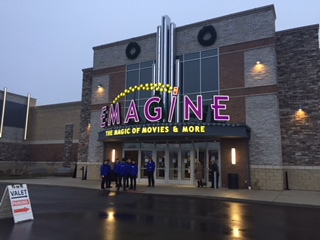 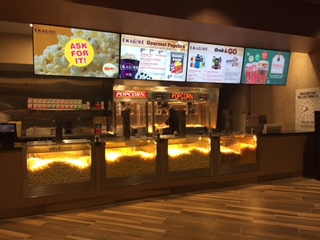 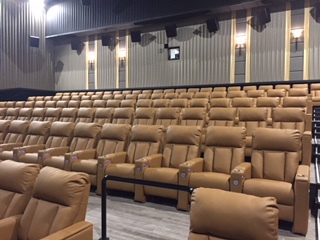 Livingston County movie-goers can now head to Emagine in Hartland to see their favorite films after the theater held its grand opening Friday night.

The sold out grand opening on Friday brought over 800 guests to the theater, which donated all tickets proceeds to Gleaners Food Bank and LACASA. $15,000 was raised for each charity. Emagine Chairman Paul Glantz told WHMI: “The premise behind feting Gleaners and LACASA is this: whenever we go into a community we endeavor to feed local charities as a means to demonstrate our commitment to the community. We like to do it in the form of not a soft opening, but a hard opening where we can show off the venue to potential benefactors for those charities.”

Saturday was the theater’s first day open to the public. Tickets for any movie before 6 p.m. costs $6, while tickets for shows after that cost $10. Glantz told WHMI that he believes the viewing experience at the theater will be better than watching movies at home.

“I think there are a number of things that will help bring people out of their homes to enjoy Emagine Hartland," Glantz said. "First and foremost among them is the beautiful, sedate and upscale décor, it’ll be the hospitality that’s exhibited by our teammates and it’s the creature comforts, the heated seats, the ability to recline fully in your seats, it’s really about combining all those things together along with some really awesome food and beverage items.”

Emagine Hartland also features an EMAX auditorium, which is a floor to ceiling screen with immersive sound, and is the first theater in Michigan to have 100 percent laser projection systems. EMAX tickets cost $12 after 6 p.m. and $8 before six. In addition, the theater offers a screening room that can be rented out for parties or other events. More information and pricing can be found through the link provided. (AV)