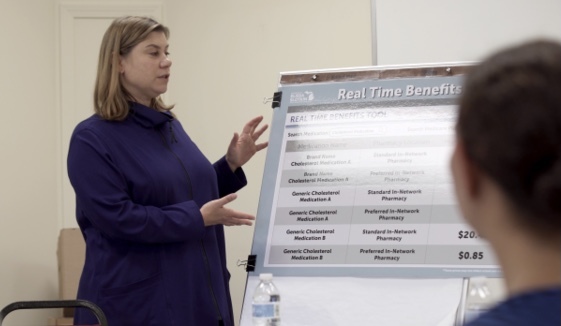 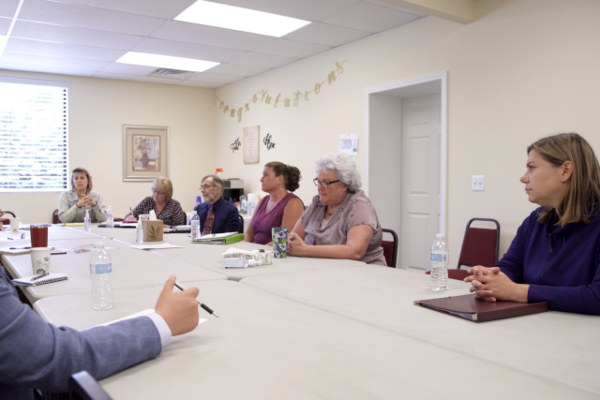 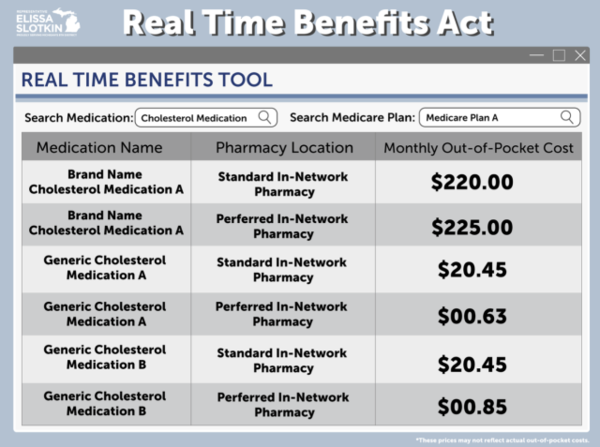 Wednesday morning’s discussion at Livingston Catholic Charities was the second stop on Slotkin’s 3-day “Cost of Care” Tour across Michigan’s 8th District. The final stop of the tour will be a meeting with medical professionals today in Ingham County.

Slotkin’s legislation creates a tool that would enable doctors and patients to find the lowest-cost drug available by comparing alternatives and prices at different pharmacies. By increasing price transparency, the bill also encourages competition to help bring drug costs down across the board. A mock-up of the tool is pictured.

Slotkin has been a co-sponsor of the Lower Drug Costs Now Act, which would allow the federal government to negotiate better drug prices for Medicare and make those negotiated prices available to commercial health insurance plans. The CBO estimates that drugs subject to negotiation would see price reductions of up to 55%. The bill would also cap Medicare beneficiaries’ out-of-pocket spending on prescription drugs at $2,000 per year.

Further, Slotkin is also said to be leading a bill to expand coverage for routine eye care for those on Medicare and pushed for another in the 116th Congress that would end the tax subsidies pharmaceutical companies currently receive for running direct-to-consumer advertising, for example like on television.