Slotkin To Run For Re-Election In New 7th Congressional District 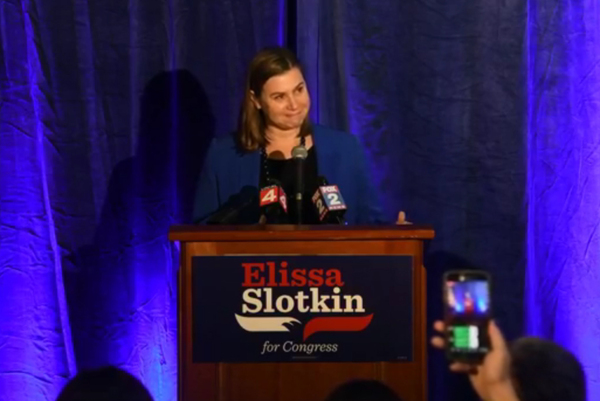 The Michigan Independent Citizens Redistricting Commission finalized the state’s new congressional maps for the next decade on Tuesday. It’s said to be fairer to Democrats than when the process was controlled by the Republican-led Legislature for two decades. The state will be losing a seat following the 2020 census.

With the redistricting process officially concluded, Democratic Congresswoman Elissa Slotkin announced that she will be seeking re-election in Michigan’s new 7th congressional district. It includes all of Livingston, Shiawassee, Ingham, and Clinton Counties, nearly all of Eaton County, and includes small portions of Oakland and Genesee Counties. The district contains two of the two and a half counties contained in Michigan’s former 8th district, which Slotkin currently represents and includes Livingston County.

Slotkin stated the new district contains nearly two-thirds of the population that she currently represents, her current congressional headquarters, and her campaign offices from 2018 and 2020. After three years of representing this area of mid-Michigan in Congress, Slotkin said it’s incredibly hard to think about leaving the portions of northern Oakland County that she currently represents. Not only is her family farm there but many friends, family and volunteers who helped her flip the seat in 2018.

Slotkin was first elected to the U.S. House in 2018, flipping a Republican-held district for the first time in nearly two decades. In 2020, Slotkin was re-elected by nearly 4%, making her one of seven House Democrats to win a seat in a congressional district that President Trump also carried. In September, at the end of the third fundraising quarter, Slotkin reported over $3.76 (M) million cash on hand.

Republican State Senator Tom Barrett of Charlotte, who earlier announced he was running for Congress, reaffirmed he will seek the GOP nomination for the 7th District.