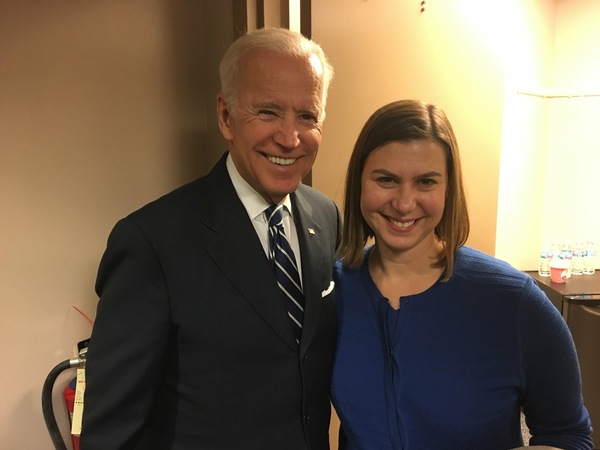 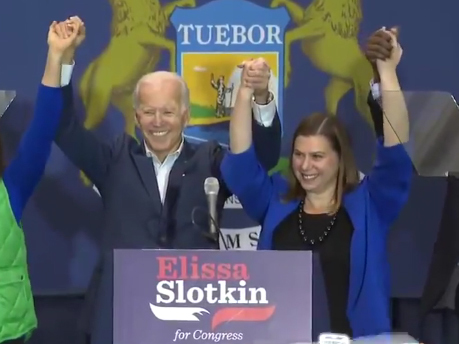 8th District Congresswoman Elissa Slotkin announced Thursday that she filled out her absentee ballot for former Vice President Joe Biden. Slotkin said she did so for a host of reasons, but most importantly because she hears from constituents every day that they want an end to the all-or-nothing politics that have so polarized the country. In a statement released, Slotkin said “All-or-nothing doesn’t get us lower drug costs or more affordable healthcare. It doesn’t raise water quality standards. It doesn't protect our country from national security threats that endanger every American, regardless of party. In Michigan, we have a rich tradition of hard work, decency, and passionate pragmatism. That is what is expected of us in our lives, and that is what I believe we need from our elected leaders. That is why I support Joe Biden.”

The decision by Slotkin reverses what she told reporters just two weeks ago, when she said she had no plans to make an endorsement. Speculation as to why she changed her mind follows a report that the campaign of former New York Mayor Micheal Bloomberg, who has since withdrawn from the race, polled voter sentiments in 42 districts, including Michigan’s 8th, where Democrats are considered to be in tough reelection bids. The results indicated 39 percent of respondents said they would be less likely to vote for a House Democrat if Vermont Senator Bernie Sanders is the nominee versus 21 percent who said they’d be more likely to vote for Democrats. 34 percent said it would have no impact.

Biden previously endorsed Slotkin in her candidacy to represent Michigan’s 8th District in Congress, which includes Ingham, Livingston, and northern Oakland Counties. Michigan Governor Gretchen Whitmer is also backing Biden in the Presidential Primary, saying he “showed up for the people of Michigan" when they needed him. Of the six states voting next Tuesday, Michigan is the biggest prize. Sanders won the state in 2016.