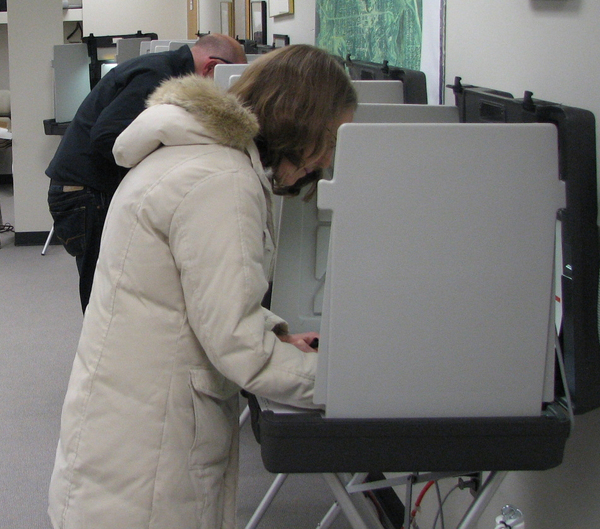 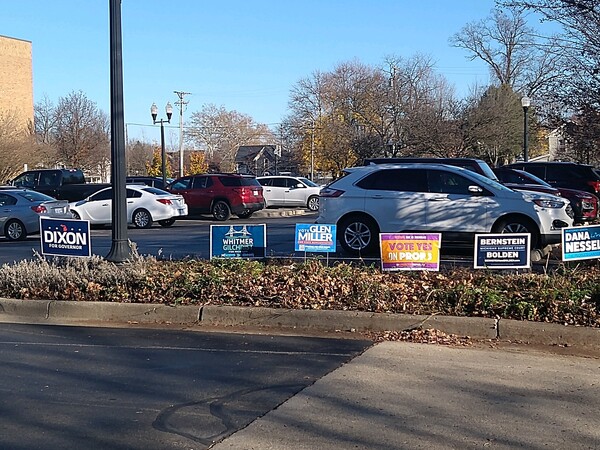 
A much higher voter turnout than expected is being reported at precincts across Livingston County.

Some polling locations typically have afternoon lulls but that was not the case for many today.

Precinct 3 located at Howell City Hall had a steady stream of voters as of late afternoon. While some voters there had the wrong polling locations, election workers were ready to help.

In Green Oak Township, Clerk Mike Sedlak said they’ve been very busy from the moment they opened – with anywhere between 25 to 50 people at each precinct. He tells WHMI it’s been steadily busy all day with a very high voter turnout – much higher than expected – and it’s “certainly the highest midterm we’ve ever had”.

When asked about any voter issues, Sedlak said they had some who got confused and went to the wrong precinct but their election workers have access to voter files and were able to send them to the correct precinct. He noted they’ve also had poll challengers at several precincts and there haven’t been any issues at all. Overall, Sedlak said the general mood of people has just been anxious to vote.

Sedlak stressed what a great team he has and said they’re really happy with the turnout and the way the systems have been going. He said there were no real problems or anything unsurmountable and a lot of that goes to the kind of support they get from the county.

In Genoa Township, Clerk Polly Skolarus told WHMI they are having a great day with regard to turnout. She says 96% of those who voted absentee have returned their ballots. Skolarus said they were still hoping to receive another 249 ballots this evening. She said they’ll continue to accept absentee voter ballots at the township hall until 8pm tonight and asked that voters “please make your vote count”. As for any issues, Skolarus noted there were a couple of glitches with the tabulators during the day but everything was up and running within ten minutes.

Polls are open until 8pm.