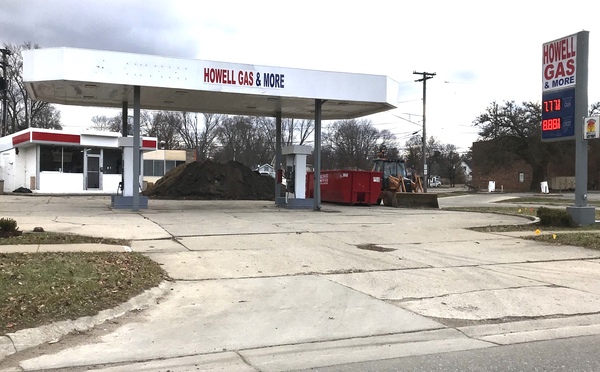 Plans to reopen a long-shuttered Downtown Howell gas station are back on track.

Interim Howell City Manager Erv Suida confirms that the owners of the station at the corner of Barnard Street and Grand River are working to reopen in January. That’s despite the city earlier this year revoking renovation permits that had been issued to the owner, Fadi Kajy of Wixom-based FPD Properties, following several delays that had repeatedly kept the station vacant. Kajy was previously cited by the city for making repairs without a permit as well as for allowing junk to accumulate on the property.

Suida says they have issued a new permit that has weekly milestones that will have to be met to keep them on task and that he is “reluctantly hopeful” the project will continue to move forward. Work currently taking place at the site is to dig footings for a new dumpster enclosure. Once opened, it’s expected the station will have two new pumps with four fueling stations and a remodeled interior.

City officials say if this latest effort to reopen the business again falls short, they may have to proceed as if the site is an abandoned business. (JK)