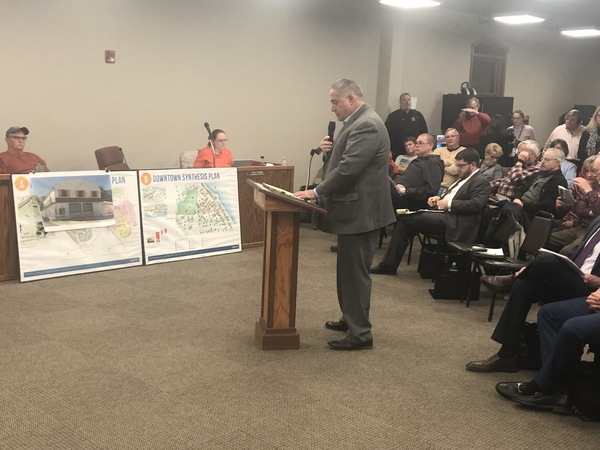 
The Northfield Township Board of Trustees has voted not to remove a Planning Commissioner who the Supervisor alleged was guilty of malfeasance.

A public hearing and agenda item to consider the removal of Sam Iaquinto from the Northfield Township Planning Commission were scheduled to be a part of the Board’s regular meeting, Tuesday night. Supervisor Marlene Chockley was accusing Iaquinto of malfeasance from an alleged undisclosed conflict of interest. Iaquinto notified the board on January 24th, as the application period for marijuana-related establishments was closing, that he was under a purchase agreement with Pure Roots LLC, a potential marijuana establishment, for property he owned. The agreement was signed May 10th, 6 months before the township had an ordinance in place. Iaquinto, as part of the Planning Commission, consistently supported forwarding marijuana ordinances to the Board for consideration, going back even earlier in 2019. Chockley claims that by not disclosing his financial interest in the outcome of the ordinance he was helping develop, he compromised the integrity of the township. This alleged malfeasance, to her, should be enough to remove him from the Commission.

Iaquinto said he did not need to disclose that, until the time he actually did. He said as an 18-year member of the Planning Commission, he understood and knew when the proper time to disclose was, and even consulted with attorneys and the Michigan Townships Association.

A scheduled public hearing on the matter never officially took place. Following the introduction by Chockley, residents came up to speak without it being resolved to open. Iaquinto’s lawyer then approached, wanting to speak their side before the public. A vote to open it failed 4-2, with the majority wanting to give Iaquinto his chance to speak.

Iaquinto pledged his commitment to the community and claimed that Chockley has held a vendetta against him for 6 years for his failure to back her as chair for the Planning Commission, and then for not supporting her run for Supervisor. He said he was only informed of this hearing and request to remove him 5 days earlier, leaving him little time to gather his defense. His lawyer argued that by the township’s own bylaws, Iaquinto had not done anything wrong. Iaquinto’s lawyer also questioned the process in which this was put on the agenda, saying Chockley didn’t have the right to bring these charges for removal by herself. Trustees said they didn’t know this was happening until the received a one-page memo about the hearing, and didn’t see the background information that went into the agenda packet until it was published on the website.

Trustee Jacqueline Otto called a motion to not remove him, supported by Trustee Janet Chick. Chockley tried asking Iaquinto further questions and stating her case against him to a crowd and Board that were growing more impatient with the process. Otto made a call to question to end the debate, and once it finally had, the vote to not remove Iaquinto passed 5-1, with only Chockley dissenting. Trustee Tawn Beliger was not present.

Following the meeting, Iaquinto was humble, thanking the Board for allowing him to continue to serve.