DTE To Invest $70 Million In Tree Trimming To Combat Outages 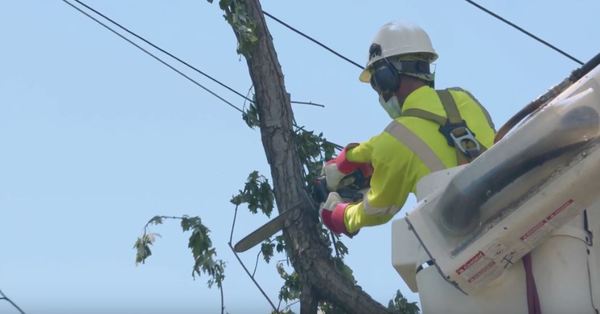 
DTE Energy announced that it will spend millions more to remove trees and trim branches away from power lines to combat outages caused by catastrophic storms and extreme weather patterns.

The utility has been under fire for summer power outages both locally and across southeastern Michigan and customers with outages that lasted for days are fed up. The plan, which adds $70 (m) million to DTE’s annual $190 (m) million tree trimming program, was filed with the Michigan Public Service Commission. The company says the investment will not impact customers’ bills.

Officials say trees are responsible for almost all of the time customers are without power during extreme high wind events. The DTE service area experienced five tornadoes this summer and eight storms with tropical force wind gusts of 39 to 74mph. High winds and extreme moisture in the ground uprooted trees which pulled down wires and poles. DTE crews were said to have replaced 450 broken poles resulting from the August 11th catastrophic storm that caused more than 500,000 customers to lose power. Thousands in the Livingston County area were among those without power and various areas experienced flooding following the heavy storms.

A press release states in areas where tree trimming has been completed, communities have experienced, on average, 60% fewer outages.

DTE President and CEO Jerry Norcia said they tripled tree trimming efforts and doubled infrastructure upgrades several years ago when they began to see more severe weather patterns but the extreme weather experienced this summer – nine hard-hitting, severe storms in nine weeks – is something they've never experienced before. Norcia says that’s why they made the decision to invest even more now toward tree trimming to combat the large and recurring outages that have been so challenging for customers.

More information about DTE’s tree trimming program is available through the provided link.