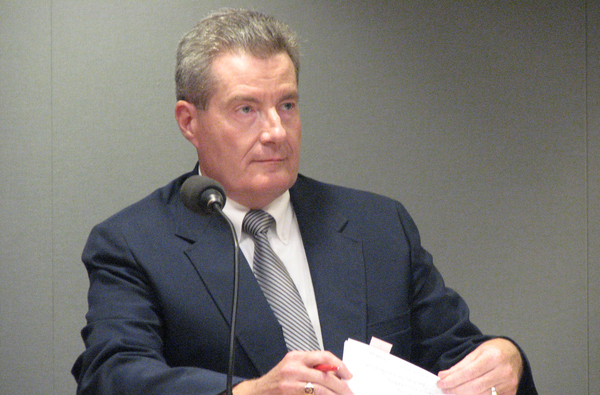 With the announcement that the chair of the Livingston County Board of Commissioners was resigning his seat, a potential replacement has stepped forward.

On Monday, 5th District Commissioner Donald Parker made a surprise announcement that he was resigning his seat effective Thursday so that he could apply for the open position of Livingston County Administrator. That position had been vacant since the untimely death last October of Administrator Ken Hinton, with Cindy Catanach appointed as Interim County Administrator in December.

On Wednesday, Howell resident and former County Commissioner, Jay Drick, filed as a County Commission candidate for the 5th District, which covers the City of Howell and Howell and Cohoctah townships. Democrat Glen Miller filed in January to also run for that seat in November. However, the 68-year-old Drick says he also intends to apply for the open seat’s appointment, and that his prior experience as a commissioner and as a long-time Howell resident, businessman and attorney would provide the commission with a smooth transition. “I’m well known in Livingston County as an individual and an attorney who is thoughtful, prepared and thorough,” said Drick. “I will bring those qualities back to the board of commissioners to help support the good work they continue to do.”

The Livingston County Board of Commissioners has 30 days from Parker’s resignation to make an appointment to fill that seat in order to avoid having to hold a special election to fill the remainder of the term. (JK)