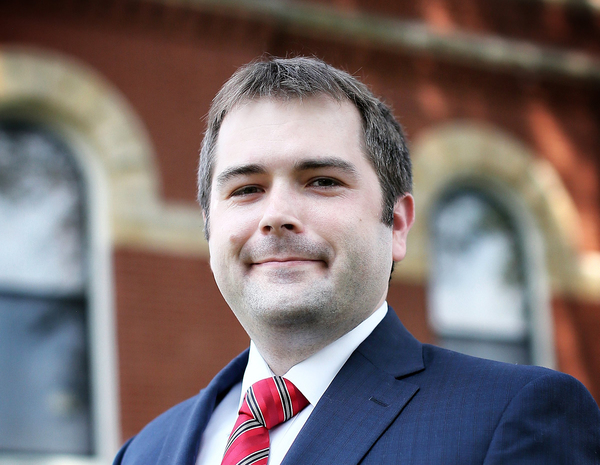 Adam Dreher is running as a Democrat for the 22nd District State Senate seat. State Representative Lana Theis of Brighton Township is running for the GOP nomination and earlier introduced House Bills 5530 and 5531 as part of a bi-partisan package in response to a recent case where a 16-year-old Brighton Township teen pleaded guilty to 6 felonies, including 1st degree criminal sexual conduct, involving multiple victims. Both the teen and his victims were students in the Brighton Area Schools district and it was unclear whether the district would allow the perpetrator back into the school following his sentencing, which only mandated he serve 45 days in a youth center.

Families of the victims approached Theis about what they felt were loopholes in current laws. Theis says the bills solve the problem of having the victims go back to school with their assailant, and the language was desired by the victim’s families and school administration. HB 5530 would prohibit an individual convicted of criminal sexual assault to enroll in the same school their victim attends. HB 5531 expands the mandatory expulsion law to include those who commit criminal sexual assault against another student in the same district they are enrolled in.

The press release from Dreher is attached. Dreher says “survivors deserve better” and the bills proposed by Theis read as half-measures based on unfamiliarity with the criminal justice system, disguised as an effort to protect the local survivors. Dreher added his fear is that introduction of the bills was merely a political move in the hopes of getting easy "wins" in Lansing before an important election.

In response to Dreher’s assertions, Theis told WHMI the victims and families reached out asking for help and she responded. She says they showed incredible courage when testifying before a committee recently and for her opponent to demean that and make it political is “pathetic”. (JM)

Below is the full response by Rep. Theis to Dreher's comments:

"School administration, police, victims and even other legislators, on both sides the aisle, have reached out to thank me for these protections for young victims of criminal sexual conduct, and we are working with them to make certain the language is exactly as it needs to be. This week, Superintendents will be testifying in favor of the bills because we are empowering them to better protect their students.

He is showing his lack of understanding the legislative process. We address the gaping holes in each area of the law separately. HB 5530 addressed one area (the penal code). The other bills address the education code and the judicature act dealing with PPO's.

HB 5530 is only one of a bi-partisan three bill package. The other bills deal with empowering the schools to expel a perpetrator regardless of where there crime took place, and expanding the PPO order to include school grounds.

The question should be; Does this package create protections for these victims that are not currently in the law? The answer is absolutely, yes. Are we done? NO. We just couldn't wait. These safeguards had to be put in place now, and we will continue to work with survivors on the other areas of law to further protect survivors."