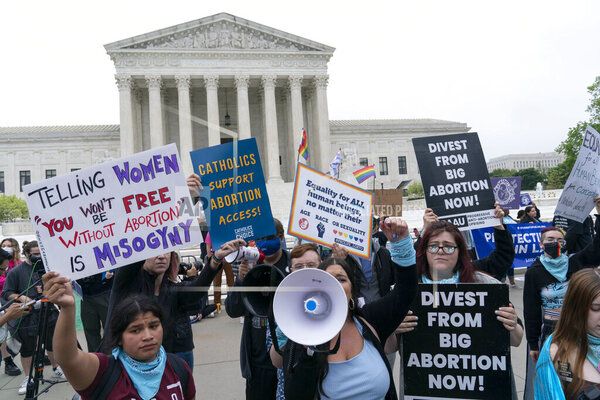 
After a draft opinion from the U.S. Supreme Court overturning Roe v Wade was leaked Monday, Governor Gretchen Whitmer is renewing her commitment to protecting abortion access in Michigan.

Last month, the Governor filed a lawsuit and used her executive authority to ask the Michigan Supreme Court to immediately resolve whether Michigan’s Constitution protects the right to abortion. Whitmer said in light of the recent news and amidst the ongoing, nationwide assault on abortion, the fight to protect the constitutional right to an abortion is more critical than ever.

Governor Whitmer said “The words ‘Roe overturned’ are no longer theoretical. I want every Michigander to know—no matter what happens in DC, I’m going to fight like hell to protect access to safe, legal abortion in Michigan”.

Whitmer added that however anyone personally feels about abortion, a woman’s health, not politics, should drive important medical decisions. A link to the Governor's press relase is attached.

If the U.S. Supreme Court follows through on overturning the landmark 1973 Roe v. Wade case that legalized abortion nationwide, it would quickly split the country into states with abortion access and those that outlaw it.

Almost immediately, Republicans who had fostered a decades-long push to end abortion rights cheered the raft opinion for Roe’s potential fall and condemned the extremely rare leak that allowed it to be reported by Politico on Monday. Democrats vowed to fight the possible loss of a constitutional right that has been in place for nearly a half-century.