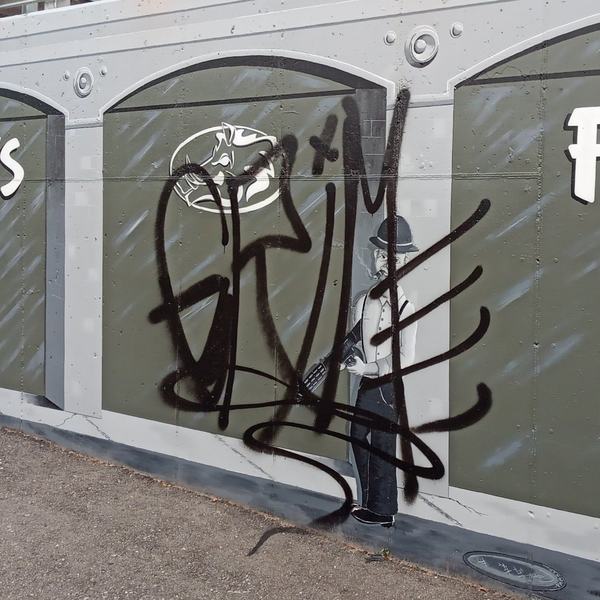 Last weekend, many downtown Howell locations, both public and private property, were said to be tagged with graffiti. The Howell Downtown Development Authority Board met virtually Wednesday night, where Director Kate Litwin discussed the incident with members. A memo states the Howell Police Department is handling the investigative portion of the situation while the DPW is handling the paint on public property, which may require calling in experts with the equipment needed to remove the tags. The memo further stated it was disheartening to see the disrespect for property in the downtown and the hope is that the culprits are caught quickly.

2Fog’s Pub (pictured) was said to be one of the private properties affected. Litwin told the board the shed at the Depot Museum was also tagged but luckily it wasn’t a historic structure. Litwin said their murals and the Howell Summit Garden seem to okay. She said usually when there is some creativity in a downtown that already has murals and art on the walls, a lot of times graffiti artists will respect that and avoid tagging and doing those things but unfortunately, this was probably some individuals without a healthy respect for private property.

Litwin noted City DPW crews tried to use special chemicals to remove the graffiti from the surfaces but it wasn’t successful so they’ll be calling in a different contractor to see if they have anything that will work. She added the problem is that a lot of the surfaces were newer brick that had never been touched by paint, therefore they were really porous. Litwin said it’s pretty sad but stressed that everyone at the police department is working hard to find those responsible.