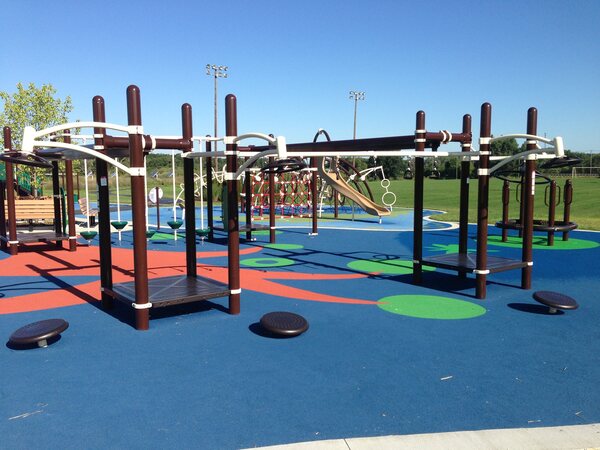 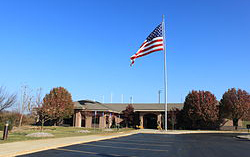 
State funding has been secured to expand recreational opportunities in Genoa Township, which are already aplenty.

The $300,000 will allow the township to acquire approximately 90 acres of land adjacent to the existing Genoa Township Park and municipal offices. The property is bustling with athletic fields, pavilions, a sled hill, basketball courts and other amenities. New, improved signage will be installed this summer at the main entrance to the property off Dorr Road.

Township Manager Mike Archinal tells WHMI the land has been sought by the township for quite a while. The township owns 45 acres where the township hall sits and also owns 25 acres at the far eastern end of east Crooked Lake Road. Archinal says this new 87-acres is between those two parcels, so it’s really a no-brainer for the township to expand recreational opportunities for residents.

The township has committed matching funds, so the total purchase price is $600,000. Archinal said they are prepared to close, noting the property owner has been very patient and is amenable to what the township is trying to do.

Archinal says they’ll be doing a master plan and asking residents to participate to find out what the needs are but there are a lot of great opportunities. In the short term, he says they’re probably looking at things like disc golf, trails, perhaps mountain biking, and other things that don’t really lock them into anything that’s hard brick-and-mortar.

Longer-term, Archinal says they’ve heard a lot of requests for pickleball courts. He says they’re going to need additional parking due to the Senior Survivor Park project that will be constructed, in addition to what they already have going on. Archinal again noted that how it ultimately develops will be part of a community process but in the short term, they would like to get some things off the ground as early as next year.

Republican State Representative Ann Bollin of Brighton Township announced the state funding in a recent press release and said “Expanding this park will offer local families an even greater area to get outside and enjoy themselves and create more opportunities for community events”.

Funding for the project is part of Senate Bill 1028, sponsored by GOP Senator Mark Huizenga. It includes $45.6 (m) million for 22 land acquisition and 95 recreational development projects throughout the state, with revenues coming from the Natural Resources Trust Fund. The fund’s board approved its recommendations in December 2021 and the projects were approved recently with overwhelming support by the House and Senate.

The measure is currently awaiting consideration from Governor Gretchen Whitmer.

Bollin’s release says money in the Natural Resources Trust Fund comes from the development of minerals on state land – not general tax money – and is distributed on an annual basis in partnership with local governments. It states money must be used for acquisition or recreational development projects, according to the Michigan Constitution.