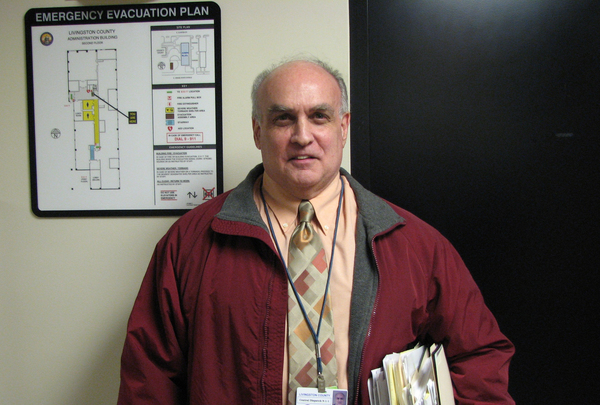 The man many lovingly refer to as “the founding father of Livingston County 911” has passed away.

Dick Winsett died on Sunday at the age of 70 following a long illness. Winsett worked for the Livingston County Sheriff’s office from 1971 up until his first retirement as undersheriff in 1992. He then went on to become the very first director of Livingston County’s 911 Central Dispatch Center from when it was established, up until 2009 when he retired. He simultaneously served as the county’s emergency management director.

Winsett was serving as director when current 911 Deputy Director Joni Harvey started. She knew him well and says it was all basically all one department back then so he had a lot of responsibilities and duties. She says Winsett was a really great man and there are still a few employees at the center who had the opportunity to work with him. Harvey tells WHMI he was a very caring man who always tried to include everybody as much he could – adding he was very old-school and believed in paper and pencils and was not an email person. She says Winsett was always the first to come up and say good morning and talk with staff. Harvey says the closer to retirement he got, Winsett became more relaxed and it was a lot of fun for everyone at the dispatch center and they really enjoyed the time they had with him. Harvey says they appreciate everything Winsett did for the county, for the 911 center and getting it started and getting them going. She says they wanted to recognize his efforts but further acknowledge everything he did for public safety and the citizens of Livingston County.

Funeral arrangements are being handled by MacDonald’s Funeral Home in Howell. Visitation will be held Sunday, followed by a funeral service on Monday. In lieu of flowers, the family is suggesting memorial contributions to the American Cancer Society. Winsett’s full obituary can be viewed through the provided link. (JM)