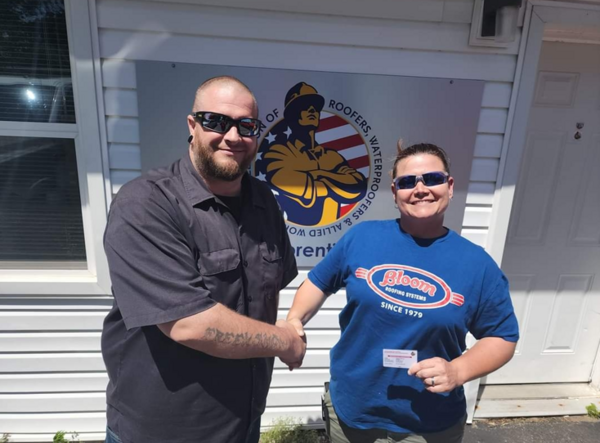 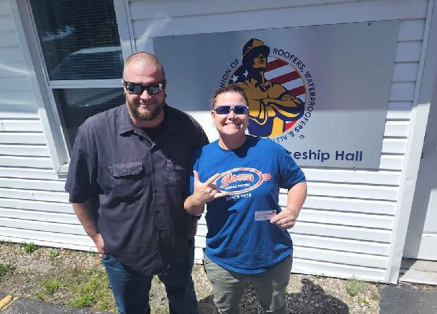 
A local woman is leaving her bootprint on the roofing industry in hopes other women will follow.

45-year-old Diana Monroe of Howell is the first female to achieve journey-worker status in the United Union of Roofers, Waterproofers & Allied Workers Local 70.

Monroe is currently the Safety Director for Bloom Roofing. She was hired in to be a roofer and the company helped her enroll in the apprenticeship program through the union. She logged a lot of hours working and went to school before taking various written and skills tests at the end of her third year in order to complete the program and achieve journey worker status. It means Monroe has shown she has the necessary knowledge and skillsets to help to tear off an old roofing system and install a new one.

Monroe said it never occurred to her four years ago that she would have the opportunity to be the first female to complete the program – noting it’s not new and was formed in 1944.

When asked what made her get into the field, Monroe says she needed a change, a challenge, and really needed something more for her family. She says she wanted the pay scale and benefits that a union has to offer. Monroe said most businesses don’t offer benefits to average people anymore – it’s not common like it used to be. She says she wanted something to be able to take care of herself and her family but also have an opportunity to retire.

Monroe said she loves learning about everything and it all feels pretty amazing considering she joined the union, completed the program, and is now growing into her new position as Safety Director. She told WHMI the most rewarding part is being able to help everybody.

Monroe said in a general sense, everyone who works in construction is basically allergic to safety and she gets to help them become less allergic. She said she also helps workers get good, quality equipment to be able to do their jobs safely and many really do appreciate that she takes some time, care, and consideration into getting them the right harness or the right retractable.

Monroe said she’s grateful for all of the opportunities presented for growth and success at Bloom Roofing. She says a big thank you is also owed to her union Business Agent Chuck Rumsey and all of her union brothers that helped coach and train her along the way – adding “I have the best team of union brothers I could ask for”.