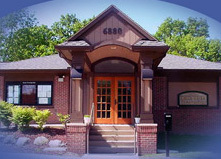 The Dexter Township Board of Trustees recently agreed to dedicate $154,000, or roughly 22%, of their ARPA funds towards infrastructure improvements within the Multi-Lakes Water and Sewer Authority. The township is receiving $686,000 in federal funding from the Act. According to the Sun Times News, Dexter Township residents represent roughly 60% of the Authority’s base, which serves portions of four townships in total between Washtenaw and Livingston counties.

Among the projects slated to place will be the rehabilitation of the Copper Meadows Pump Station and the installation of a new pump at Silver Lake. The township will also foot 60% of the bill with ARPA funds for capital improvements at the MLWS’ waste water treatment plant- a number representing their aforementioned share of the user base. Improvements to be made at the plant include an influent building overhaul, work on an oxidation ditch mixer, and the replacement of a sludge transfer pump.