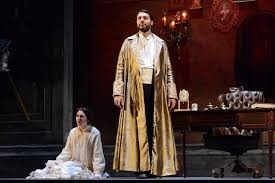 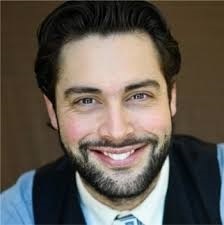 
A renowned opera singer from Livingston County is sharing his vocal talents during the coronavirus pandemic, while also sharing his story of overcoming adversity.

37-year-old Jason Duika's story runs the full spectrum from a child with an incurable disease, who was bullied mercilessly at school, to a rising opera singer with ambitions of becoming a headliner at the Metropolitan Opera in New York. At age of 5, Duika was diagnosed with Tourette’s Syndrome, which, according to medical journals, “involves uncontrollable repetitive movements or unwanted sounds, called tics, such as repeatedly blinking the eyes, shrugging shoulders, or blurting out offensive words.”

Duika says his form of Tourette’s was “particularly severe.” Over the course of several years, his mother, Kaye, quit her job and dedicated her life to getting him the help he needed. She took him to various specialists, even to the famed Mayo Clinic, to no avail. Duika was a student at Pinckney Community Schools, and says he was bullied mercilessly by fellow students. Over the years, Duika finally was able to overcome the disease with a combination of diet, exercise, prayer, and using homeopathic medicine. For instance he must stay away from dyes, perfumes and other chemical substances that could trigger an episode of Tourette’s, and has to avoid certain foods. He has been asymptomatic - meaning he has had no recurrences of Tourette's - since he was 19 years old.

Duika didn’t become familiar with opera until his sophomore year at Alma College when some professors who thought he had an excellent voice suggested he check it out. Duika says, in his words, “I went to the library and checked out some recordings of specific Operas, and fell in love with it. I was a fan first, and then decided to pursue it as my career and my passion.” He eventually earned a Bachelor’s Degree in Music from Alma, a Master’s of Music in Voice Performance from Portland State University in Portland, Oregon, and a Diploma in Voice Performance from the Jacobs School of Music at Indiana University in Bloomington.

As a result of his successful battle over Tourette’s Syndrome, Duika also received occasional requests to appear before school groups and embarked on a side career as a motivational speaker. He says he likes to tell his story in order “to inspire people” to make changes in their own lives. In 2013 Duika got a measure of poetic justice from his earlier bullying experiences when the Pinckney Community Schools named him a “Distinguished Alumni Speaker”. In 2016, he was asked to speak before the Yale University School of Music. He also has spoken several times to Pinckney students on his Tourette’s and the damaging effects of bullying, and in 2018, he was inducted into the Pinckney Community Schools Hall of Fame.

Trying to keep his voice from getting rusty during the COVID-19 pandemic, and to familiarize his neighbors with operatic music, Duika performed live in a free “porch concert” in late June in front of his family’s home on Purple Martin Way in Dexter, and is planning on another porch concert on July 24th at 6:30 p.m. Jason’s life has been seriously interrupted by the pandemic, as several stage productions he had been scheduled to perform in have been cancelled or at least postponed. He was scheduled to perform in La Traviata in May but the performance was cancelled because of coronavirus.

Nonetheless, Duika maintains a spirit of optimism that someday he will be able to fulfill his ambitions and attain major roles in some of the world’s great operas, from Puccini to Verdi to Mozart. In various reviews of his performances, critics have employed terms like “a beautiful instrument,” and “a rich and powerful baritone voice” to describe his vocal prowess. He has sung with the Utah Festival Opera, the Palm Beach Opera and West Bay Opera in Palo Alto, Cal. He was also one of eight finalists in the New York Lyric Opera competition last year, held at Carnegie Hall.