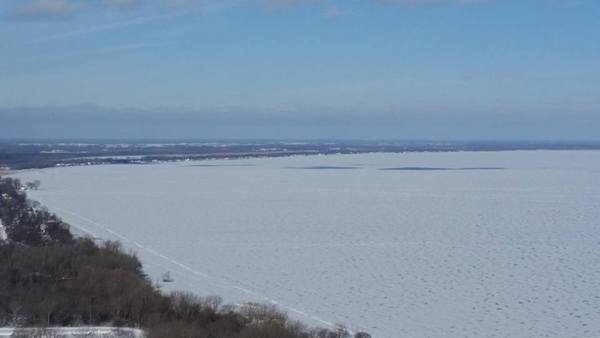 The Huron County sheriff's department says it responded Sunday after a person reported that he'd received a voicemail from a friend who reported falling through the ice off of Fairhaven Township. The department says an ATV and ice fishing shanty were found in water roughly 4 feet deep.

The sheriff's department says the bodies of 73-year-old Dennis Shaw of Fowlerville and 69-year-old Willard Slider of Caro were found nearby. The department says the call for help appears to have been made about 9:30 a.m. Sunday, but the voicemail didn't arrive until about 2:30 p.m.

Authorities are urging people to use caution on unpredictable ice. (JK)