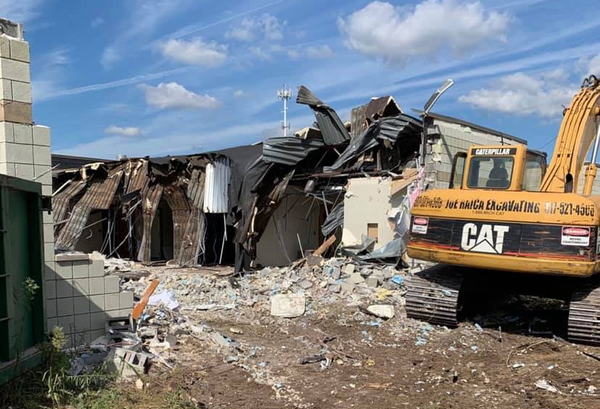 Demolition has begun on the former Livingston County 911 Central Dispatch building in Howell.

Cranes began the process of tearing down the facility on S. Highlander Way on Tuesday. Constructed in the late 1970’s as a district court, it was later converted into a 911 center. The facility that replaced it was built directly behind the former building and parking lot.

Planning for constructing the new facility, which cost just under $7 million, began in 2015. Ground was broken in July of 2018 and the staff moved into the building last month. Once the demolition is completed, the site will be turned into a parking lot for the new facility. That’s expected to be completed by mid-November.

The new 12,000 square foot building will be able to sustain a hit from an EF3 tornado along with several high wind occurrences, allowing staff to continue functioning during severe weather. (JK)