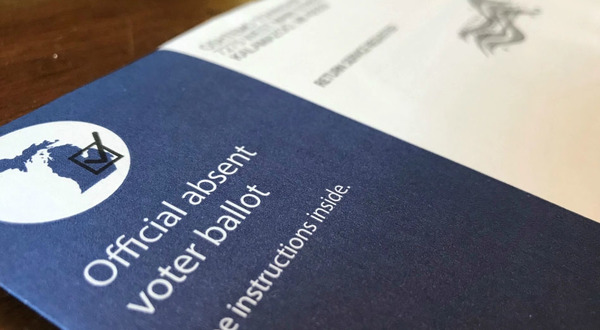 
There are some issues being reported with absentee ballot instructions in Deerfield Township ahead of Election Day.

Clerk Garry Johnston says they used a different printing company for their current secrecy sleeves for the upcoming election, resulting in an error. On the back of the sleeve it states; “Instructions for Absent Voters”, but Johnston says it was overlooked that below that it states that the instructions are enclosed, but because of the printing error, they were not. Those instructions included items such as completely darkening the box for each candidate, only using black or blue ink pen and not voting for more candidates than were indicated under each office.

Since it was brought to their attention, Johnston says they’re taking steps to rectify the situation. Two people who marked their ballot with a sharpie requested that they spoil those and be reissued new ones. He says one person crossed party lines after voting a straight ticket so that ballot was spoiled and a new one was reissued.

However, Judy Daubenmier, the Chair of the Livingston County Democratic party, told WHMI that Johnston was informed of problems with ballot instructions weeks ago when the ballots went out. "One of our supporters complained that there were no instructions with her ballot and was told they weren't sending them out because they sent them out with the August primary ballot. Of course, instructions for the August primary are different from those for a general election. If the clerk had listened to the voter at that time, there would have been ample time to send out instructions."

Daubenmier added according to the League of Women Voters website, a person does not have to spoil their ballot if they vote a straight ticket and then vote for someone of another party. The League guidelines state that voters may vote. "a Split Ticket by overriding their Straight Ticket choice for any office. Each candidate under the party selected will receive a vote except where superseded by a direct vote for a candidate." That was confirmed by Livingston County Elections Coordinator Joe Bridgman, who told WHMI, "A voter can vote straight ticket and then vote for other candidates in the same party or another party and it will not spoil the ballot." An instruction sheet for properly filling out ballots is attached below.

For the 200-plus absentee voter ballots that are still outstanding, Johnston says they’re sending out e-mails and calling individuals personally to inform them of the proper marking of the ballot. He said they realize that it’s now too late to send out instructions by regular mail to arrive to voters before Election Day.