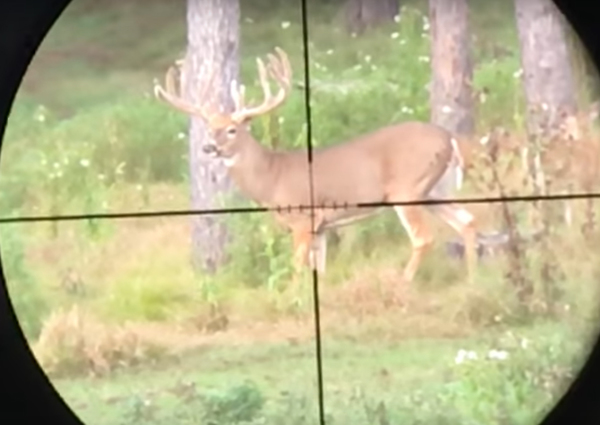 The Michigan Department of Natural Resources is sharing new rules and their forecast for deer hunters this upcoming season.

October 1st is the opening for bow hunting season and the DNR wants to be certain that hunters know the new rules. DNR Deer, Elk, and Moose Management Specialist Chad Stewart said the big one is a baiting and feeding ban that was approved by the Natural Resources Commission last year. It is now illegal throughout the Lower Peninsula to use bait or feed to attract deer to a hunting site. The bans also affect roughly 660-square miles of land in the Upper Peninsula in southeast Dickinson, Menominee, and Delta counties.

They are also conducting a Chronic Wasting Disease (CWD) study that has led to antler point restrictions in Mecosta, Montcalm, and Ionia counties. Hunters in those regions are limited to taking deer that have 4 points to a side or more. CWD is a slow moving, but progressive disease that is fatal to deer. Stewart says that while they don’t believe it can be transmitted to a human, they follow the guidance of the Centers for Disease Control and Prevention that recommend not consuming a CWD-positive animal, and having deer caught in known CWD areas tested for the disease. Any hunter wishing to check their deer can find the nearest DNR deer check station or drop box by visiting www.Michigan.gov/DeerCheck


As for the forecast, Stewart believes it will be a good year for hunters as they are seeing increasing trends in herd size throughout the southern and northern Lower Peninsula. Those going hunting the U.P. can also do so optimistically as 3 mild-to-average winters have allowed the deer herd to recover, following a time where several bad winters had caused for frustrating seasons. (MK)