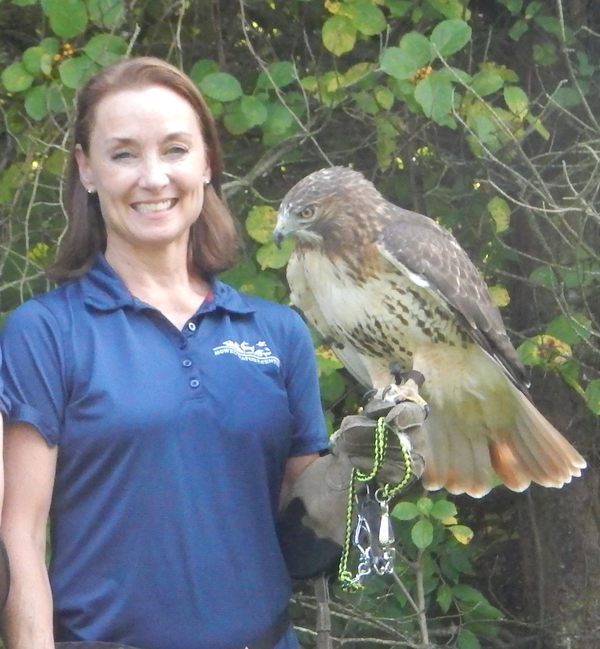 A longtime leader at the Howell Nature Center will soon be retiring.

After 25 years at the Howell Nature Center, Dana DeBenham is retiring. DeBenham joined the Nature Center in 1995 as an environmental educator, eventually becoming the Center’s Director of Wildlife and Education. DeBenham will leave behind a legacy of her many years at the Nature Center by developing a Wildlife Park with over 70 Animal Ambassadors, a Wildlife Rehabilitation Clinic and Pre-Release Zone serving over 4000 animals annually. She also created an extensive Wildlife Outreach program, featuring Alexandria's Nature Bus, which is said to have reached thousands of people in the region by helping them connect with nature. DeBenham shares memorable experiences.

While Dana DeBenham is technically retiring, she says, “…once a rehabilitator, always a rehabilitator”. Speaking to her so-called retirement, the Nature Center’s Director of Wildlife and Education says she’s looking forward to working with wildlife on a small scale, noting that she and her husband built a small rehabilitation clinic in Milford a few years ago that she will continue to work out of. She says she’ll also continue to help out at the Howell Nature Center.

In addition to DeBenham’s retirement, the Nature Center has announced the addition of a new Director of Wildlife and Education, Laura Butler. Butler joins the Nature Center Wildlife Team from the Detroit Zoo, where she worked for 13 years with mammals and birds in various animal care and management positions. Butler says she is “very passionate about animal welfare, conservation, and wildlife education”, which are all important parts of the Nature Center’s mission. DeBenham’s last day is January 31st. (DK/JK)