Teens Charged In School Shooting Threat Bound Over For Trial 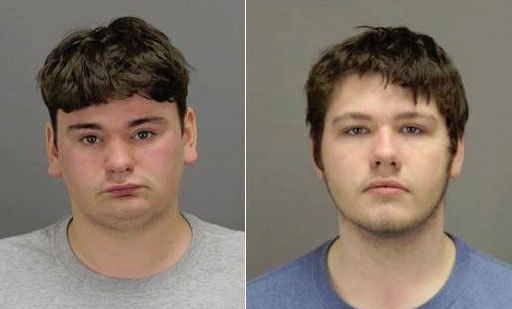 Two suspects charged in connection with a shooting threat at a Whitmore Lake school have been bound over for trial.

18-year-old Eric Gordon Deaton and 17-year-old Michael Gage Perks, both of Whitmore Lake, waived their preliminary exams Tuesday in 14-A Washtenaw County District Court on charges of false report or threat of terrorism, a felony, punishable by up to 20 years in prison. That sends their case to Washtenaw County Trial Court, where a preliminary exam was set for Deaton April 16th and for Perks on May 14th.

Northfield Township Police received information March 13th from Superintendent Tom DeKeyser regarding a threat to “shoot up a school building” within the district, which was forced to close the following day as officers investigated. Deaton and Parks, along with two other teens, were identified as suspects. Police say they recovered a firearm at Perks’ home.

At his arraignment, Perks said he was a student at FlexTech High School in Brighton. Police previously said all of the suspects are current or past students of Whitmore Lake schools. Charges were denied against a third subject, a 17-year-old male, while a 16-year-old juvenile was released pending further investigation. (JK)