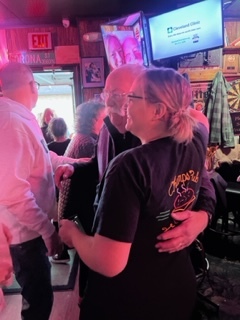 
A surprise retirement party was held for the longtime owner of Champs Pub in downtown Brighton.

The popular pub at 140 East Grand River changed hands after more than 41 years, with long-time owner Dave Beauchamp selling his business to Win Dahm, who also owns the Log Cabin on Grand River in Genoa Township and 2FOGS in downtown Howell.

The 75-year-old Beauchamp officially retired on New Year’s Eve but a special surprise party was held for him Monday evening.

Beauchamp thanked the community and told WHMI it’s been a great experience.

Dahm has said no changes are planned at Champ’s, which will retain the locally iconic name. Champ’s will also continue to serve what has been called “The Best Burger in Livingston County".