Project To Rehabilitate Portion Of D-19 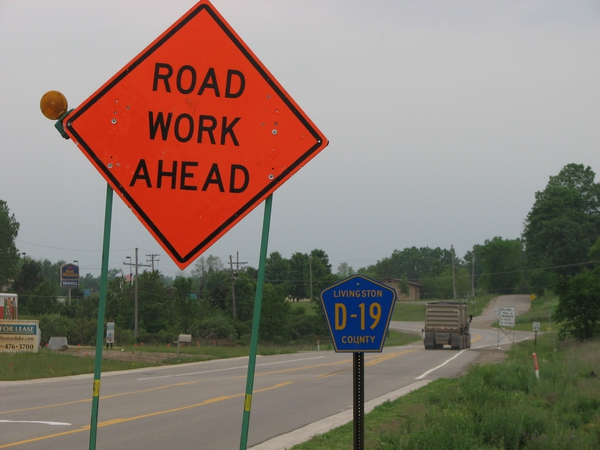 A pavement rehabilitation and shoulder paving project is getting underway on D-19 in Marion Township.

The project encompasses a stretch of D-19 from roughly Schafer to Triangle Lake Roads. Work was scheduled to get underway June 20th and traffic will be maintained under flag control, which will result in some delays and inconveniences for residents and motorists. Livingston County Road Commission Managing Director Mike Craine tells WHMI work got serious today with flag controlled traffic during daylight hours. The next three weeks will have several work elements underway and he asks that motorists follow the flagger’s directions and slow down please.

There is about five weeks of work, which will be similar to the other projects that have been done on D-19. Old curbing will be replaced and the road will be paved. Craine says crews will mill existing asphalt, which is starting to crack, clean it up, do a series of leveling and applications of asphalt. He says they’ll be making the road a little bit wider by paving some of the shoulders, which everyone likes because it takes away from the wheel drop at the edge of the white line.

Preliminary prep work will be done that involves the saw cutting of some existing materials at driveways to leave a clean edge. Craine says there’s a little asphalt curb now, which they’ll be setting back so it’s a bit easier for residents to safely get their mail. Even though D-19 is very busy road, Craine notes it’s a relatively low impact job since it’s basically just road work and doesn’t involve a lot of digging or trench work. If all goes as planned, the project should be wrapped up by the end of July. (JM)