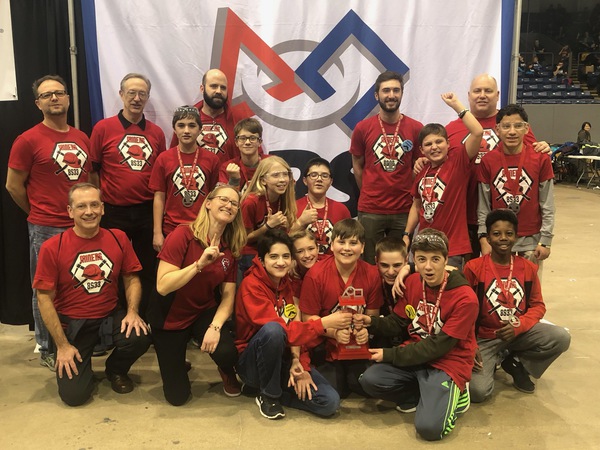 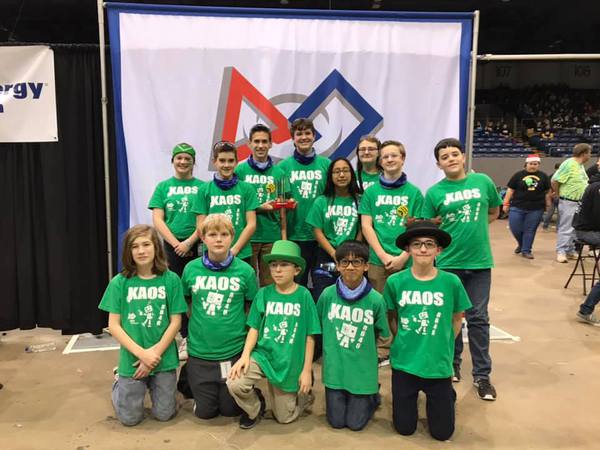 A local middle school team is celebrating after their state championship in robotics over the weekend.

The Charyl Stockwell Preparatory Academy Middle School Miners FIRST Tech Challenge team from Brighton won the FIRST TECH CHALLENGE State Championship at Kellogg Arena in Battle Creek on Saturday. The Miners (top picture) also set a world record, scoring 442 points during the playoffs. The team was 5-1 in their qualifying rounds during the competition. They were the first pick of the #1 alliance in the Edison Division finals and went on to defeat the winning alliance of the Franklin Division.

Ninety-six teams from across the state competed in the State Championship, including Team KAOS from Howell (bottom picture), which finished in second place overall in the state. Michigan has a total of 608 FIRST Tech Challenge teams.

The CSPA Miners Team has 12 members and is coached by CSPA teacher Elizabeth Holland and head technical mentor Steve Ambrose with mentorship from members of the CSPA High School Gems Robotics team and many parents. The major sponsors of the team are DTE Energy Foundation and Howell-based ASI Workholding.

Thirteen teams from Michigan, including the CSPA Miners and Howell’s Team KAOS, will compete in the FIRST Tech Challenge World Championship in April at Cobo Center in Detroit. (JK)