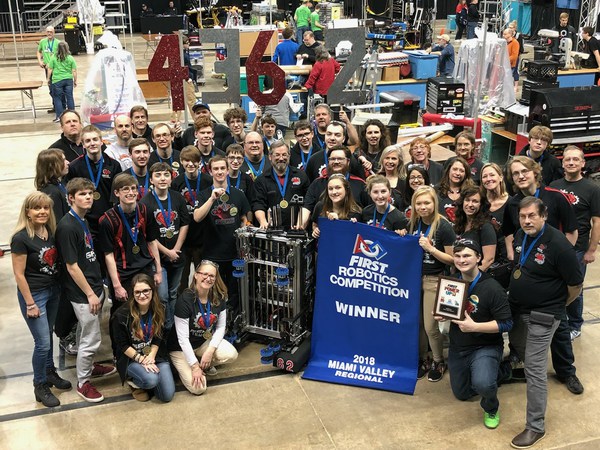 A local robotics team has qualified for the world championship competition.

The Charyl Stockwell Preparatory Academy High School Gems Robotics team competed at the Miami Valley Regional at Wright State University in Dayton, Ohio on March 2nd and 3rd. The Brighton-based team’s record through qualification matches was 6-3; they were ranked 16 out of 61 teams. They were chosen as the first pick of the #4 alliance by the team captain, the Dragons from Lake Orion, Michigan. That alliance, which consisted of the Dragons, the Robolions from St. Louis, Missouri and the Gems, upset the #1 alliance in the semifinals and the #2 alliance in the finals. The final round went to a tiebreaker match which ended with the Gems' alliance winning the entire competition. This was the first time that the Gems have participated in a regional event. In winning the regional competition, the team qualified to compete in the World Championships in Detroit in April – all before their season starts in Michigan.

Officials say in addition to winning the event, the Gems won the Quality Award which “celebrates machine robustness in concept and fabrication.” The Gem’s next competition is at Milford High School on March 16th and 17th. (JM)