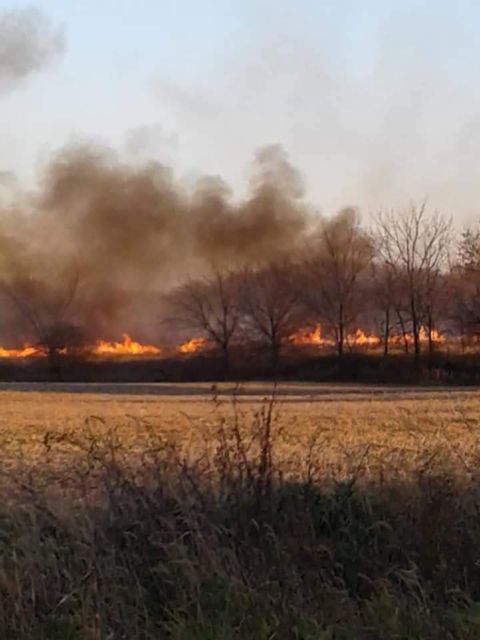 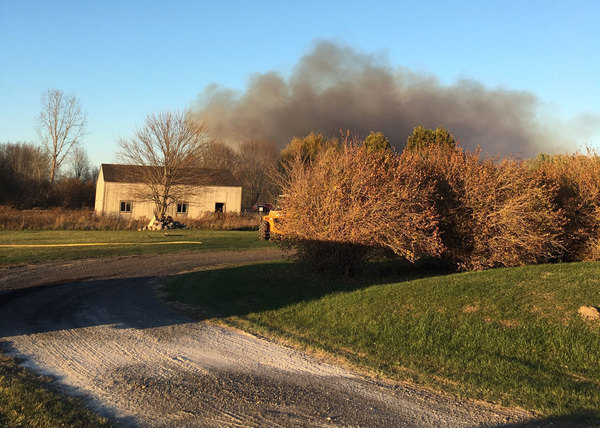 
Warmer than normal temperatures have led to a spate of grass fires in Livingston County.

Firefighters responded to a brush fire Thursday morning in Green Oak Township. That fire was reported just before 5am near Rickett and Hammel roads in the Huron Meadows Metropark. Green Oak Township Fire Chief Kevin Gentry said it was a relatively small fire but "deep in the woods so it took us quite a while to get to it." The cause remains unknown.

Meanwhile, a large grass fire kept crews busy in Conway Township Wednesday afternoon. Fowlerville Fire Chief Bob Feig tells WHMI that multiple departments were called out to contain the fire, which is believed to have initially started in a large field near Gregory and Allen Roads shortly before 3pm. The fire then moved north towards Chase Lake Road, consuming a large amount acreage in between. He says crews “acted heroically” to stop the spread and protect homes and other structures in the vicinity. In all, he initially estimated about 100 acres was burned, but said upon inspection this morning it was determined to be 143 acres. The fire was originally reported to have begun in Handy Township and moved into Conway Township, but it appears the entirety of it occurred in Conway Township.

The fire prompted some road closures. Chase Lake Road was closed at Fowlerville Road, along with Allen Road at Fowlerville Road. The closures were put in place around 5:20pm and people were asked to avoid the area if at all possible. Feig says they were assisted at the scene by the Howell, Unadilla, Dansville and Byron fire departments, along with the Northeast Ingham Emergency Service Authority, Livingston County Sheriff’s Office, Livingston County Ambulance, Disaster Assistance Response Team and the Michigan Department of Natural Resources.

Feig says while a specific cause is not known, heavy frosts in late October killed off a lot of the ground cover and combined with the recent warm weather created very dry conditions. He added that they may institute an open burn ban through the weekend due to the warmer-than-normal temperatures.