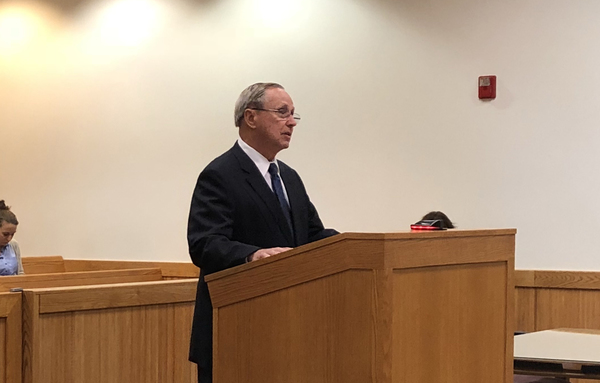 The effort by a retired local judge and an area attorney for a citizen’s grand jury has been rebuffed by the Michigan Court of Appeals.

At issue is Brennan’s admitted relationship with former State Police Detective Sean Furlong, who served as the chief prosecution witness in the 2013 double-murder trial of Jerome Kowalski that she presided over and resulted in his conviction and life sentence. The chief reason cited by Judge Cavanaugh in her decision to send the case out of the county was Judge David Reader’s appointment of Kizer as the grand jury’s Special Prosecutor, questioning Kizer’s impartiality as he is a long-time critic of Judge Brennan and had served as the attorney for Brennan’s ex-husband in their 2017 divorce.

In an opinion issued October 12th, the judicial panel denied the leave to appeal, “for lack of merit in the grounds presented” and further denied a motion for reversal of Judge Cavanaugh’s order, “for failure to persuade the Court of the existence of manifest error requiring reversal and warranting peremptory relief.” In response to the ruling, Buress and Kizer issued a joint statement, saying they were, “surprised and concerned over the one sentence denial without any written analysis of the serious issues raised.” They again raised the issue of Cavanaugh’s social interactions with Judge Brennan and Det. Furlong during the time leading up to and beyond the trial of Mr. Kowalski, which they feel has not been adequately revealed. They ended by saying they are reviewing their options and “remain steadfast” in their belief “something is seriously legally wrong with the actions taken by Judge Cavanaugh and must be addressed” to protect the integrity of the grand jury process and respect for the judiciary itself.

Brennan’s conduct during the Kowalski trial is the subject of a Michigan State Police criminal investigation and a complaint by the Judicial Tenure Commission, which charged Brennan with “a pattern of improper conduct.” That complaint was heard over an eight-day period earlier this month, with an additional day of testimony expected before a recommendation is made to the JTC about whether or not sanctions should be made against Brennan, which could include removal from the bench.

When asked for her comment. Judge Cavanaugh said she would have no comment other than that, “The Orders of the Michigan Court of Appeals speak for themselves.” (JK)