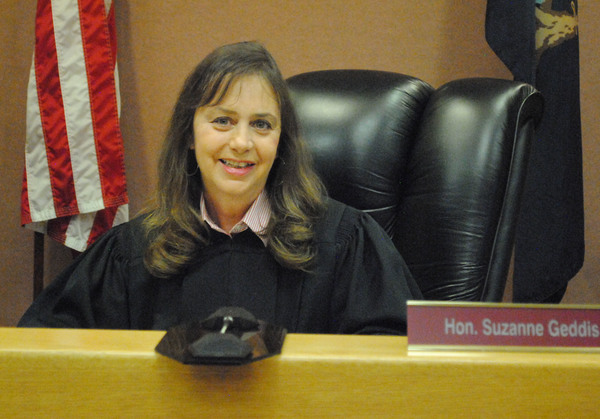 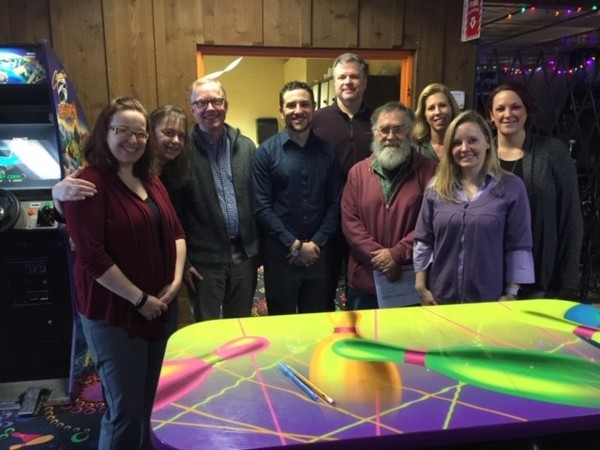 
A trio of specialty courts in Livingston County aim to help residents who’ve entered the criminal justice system because of issues with substance abuse, mental illness or their status as a veteran of the armed services. But exactly how do these courts operate and what is it they truly provide? WHMI’s “Specialty Court, Specialty Justice” series continues with a look at a specialty court that can help keep criminal offenders out of jail who have been diagnosed with a severe mental illness.

The Intensive Treatment Mental Health Court is one of three specialty courts that may be available to adults in Livingston County who find themselves in the criminal justice system. With a $170,000 annual budget, all of it provided through a grant from the State Court Administrative Office (SCAO). The court is presided over by Judge Suzanne Geddis, who along with a team made up of representatives from the court, probation officers, Livingston County Prosecutor's Office, Community Mental Health, a defense attorney, a peer support mentor, and the Livingston County Sheriff’s Office, work with people who have committed a non-violent misdemeanor or felony but are also suffering from a severe mental illness. Ken Nicholas is the Community Mental Health liaison, and said, “There are a lot community players involved in this - a lot of hats involved. Collaboratively, and in a group way that’s a very big positive. Because many people come to us, not just necessarily with mental illness, but with associated problems with that - homelessness, unemployment, difficulties keeping benefits going. Little crises come up along the way, so when we have so many people sitting around the table to talk about that, it’s a good way to problem solve and help the participants out.”

Participation in Mental Health Court is voluntary. Those taking part are expected to attend assigned mental health treatment and in some cases, substance abuse treatment. Judge Geddis runs the hearings in a more causal manner than most would expect when having to appear in court. She spends time with each participant, asking not just about their treatment, but about the things going in their lives. When one participant was looking for a job, Geddis reached out to their peers in attendance and found one who was willing to put in a good word for them at their place of employment. If they do well, they progress through a 4-phase process, and are rewarded for moving up a phase with a gift card and congratulations from the judge. For even smaller accomplishments such as getting a job, they are rewarded with a prize from a grab bag that includes snacks or gift cards. If they slip up, they face sanctions and warnings, but the support remains available to them. “Mental Health Court is a difficult court. It’s a weekly court. It’s different than Veterans Court or Sobriety Court (Adult Drug Court) in that it has a lot of aspects to it that you wouldn’t think mentally ill people would be able to fulfill. So you have to want to do it.”

Nicholas said that following court, they have an adjunct treatment group called Moral Recognition Therapy (MRT) that everyone participates in that helps them make better decisions for themselves. Participants are generally in the Mental Health Court for 2 years, and upon graduation, get an opportunity to reflect on their experience with the court. Mark Gibney is the Peer Support Specialist for the Mental Health Court. He says that the people that stick with the program often go through a tremendous transformation. He says he brings a lot of empathy for the participants, being a recovering substance use user with a mental illness, himself. “I always go back to the day I was looking at 2 of my peers who we were taking into court, kinda tentatively. We weren’t really sure they were going to make it. And I was with them in the parking lot at the probation office and I just thought, “These two are superstars now.” …They just rock their life, really.”

Nicholas says that a common theme is the participant being uncertain about the road ahead of them in the beginning, but then feeling a deep appreciation for it in the end. Gibney said that while he think thinks the court system has a long way to go before they fully understand mental health and mental illness, Mental Health Court is a good first step into helping people with mental illness stay out of jail and not be incarcerated because of it.

You can hear Mike Kruzman's reports by Clicking Here or Here.