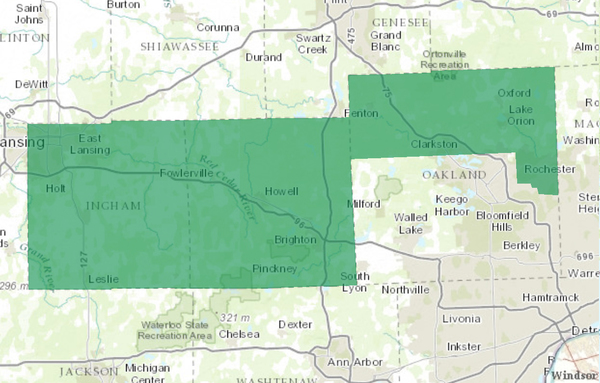 A three-judge panel has ruled that Michigan's congressional and legislative maps are unconstitutionally gerrymandered, ordering the state Legislature to redraw at least 34 districts for the 2020 election.

Included in the list of districts considered illegally redrawn is the 8th Congressional District, currently represented by Democrat Elissa Slotkin. Despite the fact that Slotkin was able to flip the district away from Republican Mike Bishop in 2018, the court ruled it was redrawn in 2011 to favor Republicans. The ruling noted that the 8th District was “ competitive prior to the 2001 redistricting cycle, when the Republican-dominated legislature added a Republican-leaning part of Oakland County, which made the district much more Republican” and that while it was won by a Democrat in 2018, “it had been eighteen years since a Democrat had carried the Eighth District.” Slotkin lives in Holly, which is in that portion of Oakland County. A request for comment by Slotkin on the ruling and its implications for the 2020 campaign has so far gone unreturned.

Other Congressional districts also considered gerrymandered to favor the GOP are the 1st, 4th, 5th, 7th, 10th and 11th. The court also found that the Democratic-held 10th and 12th districts were packed with Democratic voters to siphon them off from other districts. The 3-0 ruling — which will be appealed —gave the GOP-led Legislature and new Democratic Gov. Gretchen Whitmer until Aug. 1 to enact new maps for not only the congressional seats, but also 25 of 148 state legislative districts.

As for state legislative districts, the ruling did note that in creating the 18th State Senate District, which is centered on Washtenaw County, 14 municipalities were shifted to create the 22nd Senate District, currently held by Republican Lana Theis. The judges said, “the map-makers could have “easily” shifted only six municipalities “which would have made the 22nd District “a competitive seat” and caused the 18th District to be less packed with Democrats.

Senate Majority Leader Mike Shirkey said in a statement, “We will prepare to comply with this most recent ruling while we await the outcome of the appeal.” The state Republican Party said the pending appeal is needed to “uphold the will of Michigan voters.” However, an analysis by the Associated Press found that Michigan is among five states where Republicans retained control of the state House even though Democratic candidates won more votes statewide last fall.

The suit pertains only to 2020. Michigan voters in November approved a constitutional amendment creating an independent commission to handle the typically once-a-decade redistricting process after the 2020 census, which will affect the 2022 election and beyond. (JK)