Couples From All Over Get Married For Free At Howell Coffeeshop 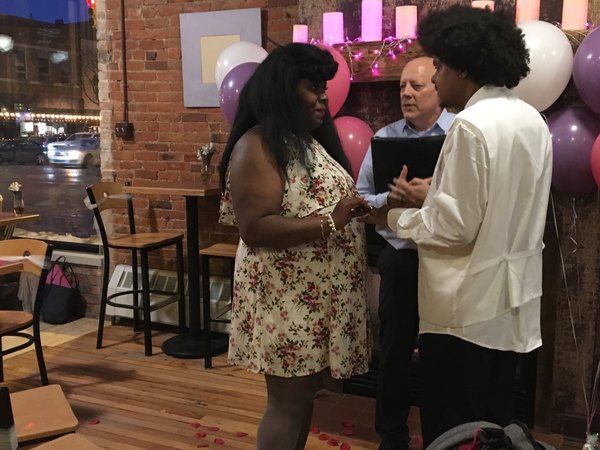 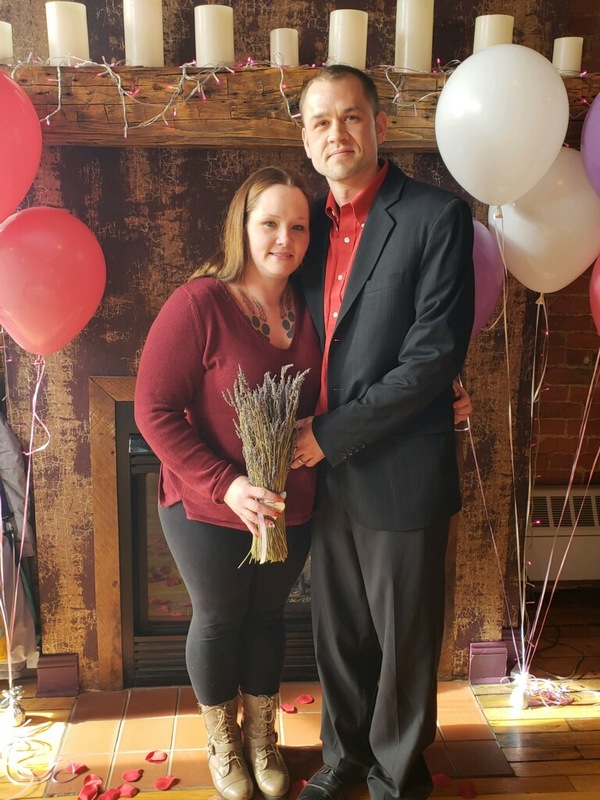 Free Wedding Day was held at Uptown Coffee House Thursday by ordained ministers Bill and Lori Fenton. The local couple has provided free wedding officiant services through their company, “I Do’s Your Way”, on Valentine’s Day for the last three years. The coffee shop weddings began after the couple noticed a need for a simple and affordable way to legalize a marriage. The Fentons’ say they married eight couples on Free Wedding Day this year, with the newlyweds coming from all over.

Brooke Ferguson and Romes Biffld were among the couples that were married Thursday. They have been together for two years after meeting online. Ferguson is from Sarnia, Ontario, while Biffld is originally from Atlanta, Georgia. Ferguson says they had already been planning on getting married, but recently heard about Free Wedding Day. The couple tells WHMI they felt they were ready to take the next step. Ferguson and Biffld say they've been through trials and tribulations and wanted to get married as a way to take pain they've experienced and "do better together".

Cleveland Reed and Tamika Harrell of Westland were originally set to be married this coming July. Harrell says when she heard that her best friend, Brooke Ferguson, would be getting married at the coffee house on Valentine’s Day, she figured “why not?” Harrell and Reed have been together for two years and tell WHMI they took the next step as a way of finalizing their family. Reed says it's time to "enjoy life" and "be happy".

Lori Fenton says her favorite part about Free Wedding Day is meeting all the different couples and hearing their stories.
(DK)