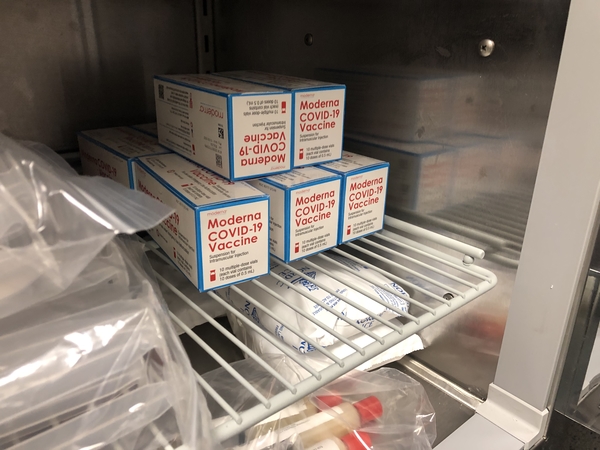 
A special meeting of the Livingston County Board of Commissioners General Government and Health and Human Services Committee has been called for this Thursday with the issue of vaccine distribution on the agenda.

Last week, commissioners first learned of the Centers for Disease Control and Prevention’s Social Vulnerability Index (SVI) and its role in determining the distribution of COVID-19 vaccines. Based on 15 social determinants from census data, Livingston County was ranked last of all Michigan’s 83 counties. The basic interpretation is that the healthier and wealthier a county’s residents are, the lower the SVI. While that is normally seen as a positive result, for commissioners it was concerning. Board Chair Wes Nakagiri called it “appalling” and noted that while senior citizens are considered among the most vulnerable population, they are only weighted to be about 6.25% of the equation that determines how many vaccines the county gets.

Thursday’s special meeting, which committee Chair Mitchell Zajack says was scheduled "because of the urgency of this issue for residents of our county,” has one item on the agenda, a resolution that would call upon Gov. Gretchen Whitmer and the Michigan Department of Health and Human Services (MDHHS) to “Retract their SVI Social Factor Based Plan and Replace it with a Scientific Medical Factor Based Plan that Results in a Pro-Rata Uniform Distribution to Michigan’s Most Medically Vulnerable Population.”

Included in the packet for the meeting is a document by Nakagiri in which he concludes that, “Michigan’s plan specifically identifies the importance of vaccinating citizens who are incarcerated, citizens who are IV drug users, and non-citizens,” calling it “unconscionable that people residing illegally in Michigan receive priority attention from Lansing. Michigan’s plan also enables MDHHS to poach vaccines from “out-of-favor” population groups and redistribute them to “favored” or special population groups.”

According to the CDC’s website, Social Vulnerability refers to the resilience of communities when confronted by external stresses on human health, like disease outbreaks. Socially Vulnerable Populations include those who have special needs, such as, but not limited to, people without vehicles, people with disabilities, older adults, and people with limited English proficiency.

Guidance from the MDHHS states that the vaccine status in Michigan communities "correlates with the communities hardest hit by COVID-19 this spring and areas with high rates of risk factors for severe COVID-19 outcomes." While the state’s guidelines say that citizenship should not be a barrier to vaccination, nowhere does it prioritize those residents without legal status.

The CDC uses census data to rank 15 different social factors within each census tract. They are grouped into 4 “themes” with separate individual rankings, and one overall ranking. Those four themes are socioeconomic status (below poverty, unemployed, income, no high school diploma), household composition and disability (people 65 and older, 17 and under, older than 5 with a disability, and single-parent households), minority status and language (minority, speak English “less than well”), and housing type and transportation (multi-unit structures, mobile homes, crowding, no vehicle, group quarters).

Nakagiri proposes what he calls the “Fair Plan” that would “allocate vaccine doses such that each county would receive a quantity that is proportional to the number of senior citizens residing in each county.” He concludes that, “It is time for the Lansing “experts” to focus on Senior Fairness rather than Social Equity. After all, protecting our most COVID – vulnerable citizens ought to be the goal of any vaccine allocation plan.”

Nakagiri’s resolution follows a letter sent to Gov. Whitmer last week by State Senator Lana Theis, R-Brighton, urging her to reconsider the state’s use of the SVI in determining the distribution of COVID-19 vaccines. In response, a Whitmer spokesman said that, “Michigan’s vaccination program is aligned with the CDC’s recommendations to ensure vaccines are prioritized for the most vulnerable and elderly population, frontline health care workers, and essential workers,” noting that Whitmer “has a plan to invest additional funds toward COVID-19 vaccine administration after Congress passed a bipartisan relief bill, but this money has been held up by members of the legislature.”

Thursday’s special meeting starts at 5:30pm and will be conducted via Zoom. Details are on our website.