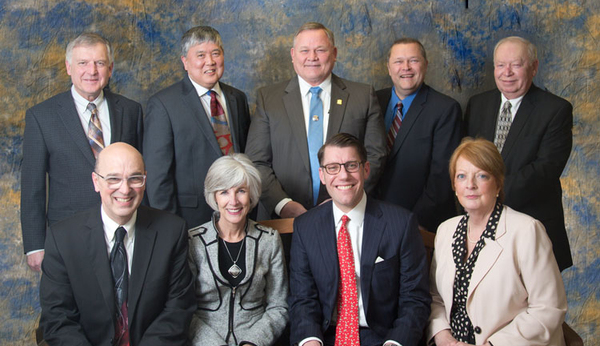 A vacant seat representing the 5th District on the Livingston County Board of Commissioners will remain empty until residents have the chance to vote in the August primary and November general elections.

The board has been attempting to fill the spot since the resignation of Donald Parker. The board has voted on two candidates prior, Howell attorney and former commissioner Jay Drick, and clinical nurse manager Lee Ann Blazejewski, however, motions to appoint either candidate failed due to a split vote at a Finance Committee meeting last week and full board meeting earlier this week. The board voted Monday to hold a special meeting this morning to reconsider all candidates for the position as Friday is the deadline to fill the spot. Those nominated were Drick, Blazejewski, former Howell Township Trustee Harold Melton, former Howell City Council member Doug Heins, and Howell attorney John Lobur.

Nakagiri, Bezotte, Green and Helzerman supported Drick, while Griffith, Lawrence, Childs and Dolan voted against him. Helzerman and Nakagiri voted in favor of Melton and Heins, but Bezotte, Griffith, Dolan, Childs, Lawrence and Green were opposed, causing that motion to appoint to fail as well. A motion then to reconsider Lobur failed in a split vote. The end result puts the decision before voters in the August primary election and November’s general election. The winner then will only serve the remainder of that term, which ends in December.

Lawrence stressed the need for representation of the 5th District and her frustration over the inability to agree on a candidate, even at least for the interim stating, “I think we’re doing a great disservice to the residents of District 5 by not putting someone in there temporarily. A great disservice and I’m embarrassed.”

Nakagiri reminded that he was open to other candidates beyond his first choice adding, “If you looked at all the commissioners and how they voted, there were two commissioners that voted for three people: Commissioner Helzerman and myself. I’m not so rigid in my ways. Yes, I want Drick, but I’d consider other people.”

Bezotte felt Drick was an obvious choice as he previously represented District 5 on the board and tells WHMI, “When they talk about how it’s important to fill the seat, they’ve got a person sitting right in front of them that was elected twice by the fifth district…they should honor their vote that they’ve made in the past.” Bezotte went on to say that he’s a little disappointed in the outcome but that he respects his fellow commissioners.

While the failed votes will leave the district without representation until the November election, Helzerman says of the board, “I think we’re united on the fact that the voters should decide.” Lawrence says residents will, in August and November, but still feels the board should’ve at least agreed on a representative temporarily.

Nakagiri is known for his fiscally conservative stance and believes that the cost to taxpayers as a result of bringing the decision to voters should be minimal as it will mostly stem from printing candidates’ names on the ballot. In addition to a lack of representation for District 5, the board will have eight members until someone is appointed. That could affect future decisions on other issues as the even number presents more of a possibility for tie votes.